Adaptimmune appoints Dr Jonathan Knowles as Chairman of the Board 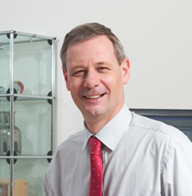 Adaptimmune, the T cell therapy company pioneering engineered T cell receptors for the treatment of cancer and infectious disease, has appointred Dr Jonathan Knowles as the new executive Chairman of the Board of Directors with immediate effect. Dr Knowles succeeds Nicholas Cross who has been Chairman of the company since foundation and will remain on the Board as Deputy Chairman.

Adaptimmune was established in 2008 to develop unique T cell receptor engineering technology for adoptive T cell therapy through a proprietary platform co-owned with its sister company, Immunocore. Adaptimmune already has clinical trials in progress in HIV, multiple myeloma, melanoma and sarcoma and most recently opened a Phase I/IIa clinical trial in ovarian cancer in the US to investigate the safety and efficacy of treating patients with their own T cells that have been genetically engineered to enhance their anti-tumour properties.

Dr Knowles has been a Non-Executive Director of Adaptimmune since 2011 and was formerly President of Group Research and a Member of the Executive Committee at F.Hoffman-La Roche Ltd, Basel, Switzerland for 12 years. Dr Knowles also served as a Board member at Genentech Inc. for more than 10 years and was a Member of the Board of Chugai Pharmaceuticals, Tokyo, Japan. Prior to joining Roche, he was Research Director, Glaxo Wellcome Europe.

Dr Knowles has also served as Chairman of the Hever Group and the EFPIA research Directors Group. He was instrumental in creating the Innovative Medicines Initiative (IMI) and was the first Chairman of the Board of IMI (a 2 Billion Euro Joint Undertaking with the EU Commission). He is a Distinguished Professor (FiDiPro) at the University of Helsinki, Finland, holds a visiting chair at the University of Oxford, and is a visiting scholar of Pembroke College, Cambridge.

James Noble, Chief Executive Officer of Adaptimmune, commented: “We are delighted that Jonathan has agreed to serve as the executive Chairman of Adaptimmune. His extensive experience across the pharmaceutical industry and academia will be particularly valuable as we expand our existing clinical programmes and prepare to open additional clinical trials in further cancer indications.

“I would like to acknowledge the significant commitment and input from Nick Cross to Adaptimmune as our founding Chairman during the past 5 years. He played a key role in the formation of Adaptimmune and in securing the funding for the company since then. His support and guidance have been instrumental in enabling us to make such rapid progress in development and we are pleased that he will continue to serve as Deputy Chairman.”

Dr Knowles said: “It is a pleasure to be appointed as the new chairman of Adaptimmune. I have been impressed by the significant progress that the company has already made, with multiple programmes under way in the clinic. I am delighted to have the opportunity to work more closely with the Adaptimmune team to bring breakthrough cancer therapies and potential cures to patients.”