Bridging the Gap Between Basic Research and Industrial Application 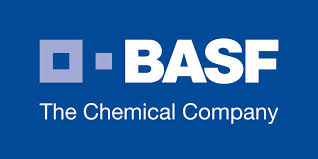 Professor Dr Pierre Jacobs, KU Leuven (Belgium), has received the BASF-DECHEMA Alwin Mittasch Special Prize for his research into materials and their use as process catalysts. The award, which comes with €10,000 in prize money, was presented at the “Future Loves History — 100 Years of Ammonia Synthesis” scientific symposium at BASF in Ludwigshafen.

“Professor Jacobs has succeeded in a special way in spanning the bridge between basic research and industrial application,” said Professor Rainer Diercks, President Petrochemicals BASF and Chairman of DECHEMA. Initially focusing on zeolites and their use in catalysis, Pierre Jacobs gradually expanded his research activities to include other heterogeneous and homogeneous catalytic processes. Many of his research insights are now in industrial use. These include synthesis of g-butyrolactone from maleic acid anhydride, an important step in the manufacture of anti-dementia drugs, and side chain alkylation of alkyl-substituted anthraquinones, an intermediate step in industrial hydrogen peroxide production. His research areas also include catalytic processing of biomass.

DECHEMA confers the Alwin Mittasch Prize usually every 3 years. This year BASF sponsored a special prize to mark the 100th anniversary of the commissioning of the first ammonia plant in September 1913. “Without the enormous efforts of catalyst research, the Haber-Bosch process for ammonia production would never have been transferred to industrial scale and this world would be a different place,” Dr Peter Schuhmacher, President Process Research and Chemical Engineering said. “For that reason, it was a matter of great importance to us to present the award to someone who is continuing Alwin Mittasch’s legacy.”