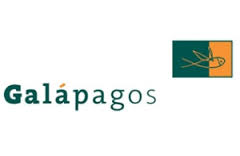 Galapagos NV has announced the signing of a definitive agreement to sell the BioFocus and Argenta service division operations to Charles River Laboratories International, for a total consideration of up to €134 million. The transaction is subject to customary closing conditions and is expected to close early in the second quarter of 2014.

“With this transaction, Galapagos transforms from a hybrid drug discovery service and pipeline company into an R&D biotech focusing on developing innovative drugs for unmet medical needs. We have created significant value in building our service activities, and BioFocus and Argenta have greatly contributed to our current pipeline. The time has now come to move into the next phase of the company with our focus on the pipeline, and to let Argenta and BioFocus continue their success under the wings of Charles River. We would like to thank the employees of Argenta and BioFocus for their contribution to Galapagos’ success over the years. We wish them the very best within Charles River.”

Details of the transaction

Charles River agrees to pay Galapagos immediate cash consideration of €129 million. Upon achievement of a revenue target 12 months after transaction closing, Galapagos will be eligible to receive an earnout payment of €5 million. The purchase price implies a multiple of approximately two times 2013 sales and approximately 12 times 2013 adjusted EBITDA.

Galapagos agrees to retain 5.4% of the €129 million cash consideration in an escrow account for 15 months.

Charles River is a global leader in drug research services, with over 7700 employees and 2013 revenues of $1.17 billion. The acquisition affords Charles River further vertical integration into a high growth outsourcing area, fully complementary to its existing offering and in line with its announced growth strategy.

Galapagos retains target discovery and assay development capabilities in Leiden for its R&D and alliance operations. Post-transaction, Galapagos will have three R&D sites in Mechelen, Belgium (headquarters), Romainville, France, and Leiden, the Netherlands. Galapagos also retains Fidelta, a fee-for-service operation based in Zagreb, Croatia. In total, Galapagos employs over 400 staff.

Management guides for €125 million in Group revenues in 2014 (lowered from €180 million as a result of divesture of the Argenta and BioFocus operations), and a year-end cash position of €170 million.