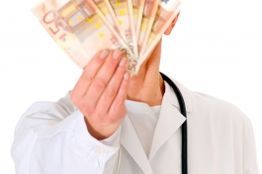 China’s Public Security Ministry has in a statement said that it is considering an ‘astronomical’ fine on GlaxoSmithKline (GSK), which has been tangled in the corruption and bribery scandal

Singapore: In a bid to send out a strong statement, the Public Security Ministry in China has said on its official website that the country should learn from the practice of other nations and impose 'astronomical' fines in cases of bribery and corruption.

The country is now considering imposing huge fines against British drug maker GlaxoSmithKline (GSK) for fostering an aggressive work culture that encouraged employees to create and coordinate a bribery network to boost sales.

The ministry further added that it was increasingly clear that the alleged corrupt activity by GSK (China) was not the work of individual employees, but instead was co-ordinated by top management. This statement came from the ministry only a day after one-of-the-four arrested GSK China executives made shocking revelations to the police.

Mr Huang Hong, who is GSK China's general manager, said that the firm's corporate headquarters in Britain had set annual sales growth targets of up to 25 percent. In order to meet those targets, GSK China had linked employee salaries to sales volumes. Mr Hong also told the police that under the firms policies, workers could lose thousands of yuan per month if they did not meet their goals.