F-627 increases the production of white blood cells (neutrophils) which are a key part of the immune system’s ability to fight infection. A low concentration of these cells is a common side-effect of chemotherapy, and boosting their levels strengthens the immune system, meaning that patients are less likely to succumb to infections during treatment with chemotherapy.

“F-627 has now shown positive results in its pivotal Phase III trial. We are excited that this trial has met its efficacy and safety endpoints as we believe that it has the potential to positively impact cancer treatment,” said Dr. William Daley, Evive’s Chief Medical Officer. “F-627 has proven that it is at least as efficacious and safe as NEULASTA®, which is the current standard of care. This successful trial result reinforces F-627’s potential to be a strong first line treatment, and an alternative for patients contraindicated or refractory to current treatment options. F-627’s fusion protein structure presents a unique alternative as it reduces the possibility of allergic reactions caused by PEGylation used in pegfilgrastim. It was also very encouraging to see that the treatment was well tolerated, with infection rates for those treated with F-627 lower than in the control arm of the trial which was more pronounced in certain patient subgroups.”

“The successful completion of our global Phase III trial for F-627 is a validation of Evive’s platform, and the entire team’s commitment, dedication and belief in this product,” said Jacky Liu, CEO of Evive. “This moment is a key milestone for us as a business as we move towards submitting F-627’s BLA application to the FDA – one of the first Asian biologics companies to advance a novel biologic product from pre-clinical studies to BLA submission. As we begin the next stage of our journey, exploring commercialization partnerships to make this product available to patients worldwide, I would like to thank the Evive team, trial clinics and doctors who have worked so tirelessly to develop this critical and potentially life-saving treatment.”

This trial was conducted under a Special Protocol Assessment (SPA) in agreement with the Food and Drug Administration (FDA) of the United States Federal Government and will be submitted as part of the Biologic License Application (BLA) filing to the FDA, and the Market Authorization Application (MAA) filing to the Committee for Medicinal Products for Human Use (CHMP) of the European Medicines Agency (EMA). F-627’s global development program also includes successfully completed placebo-controlled and Neupogen-controlled Phase III trials that met all primary and secondary endpoints. In total, the program involved 10 trials and over 1,200 subjects.

As Evive progresses its BLA submission with the FDA and equivalent submissions around the world, it is exploring commercialization partnerships for F-627 in the US, Europe, Japan and China, as well as Rest of World countries to ensure the broadest access for patients around the globe. 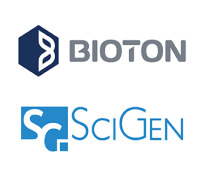