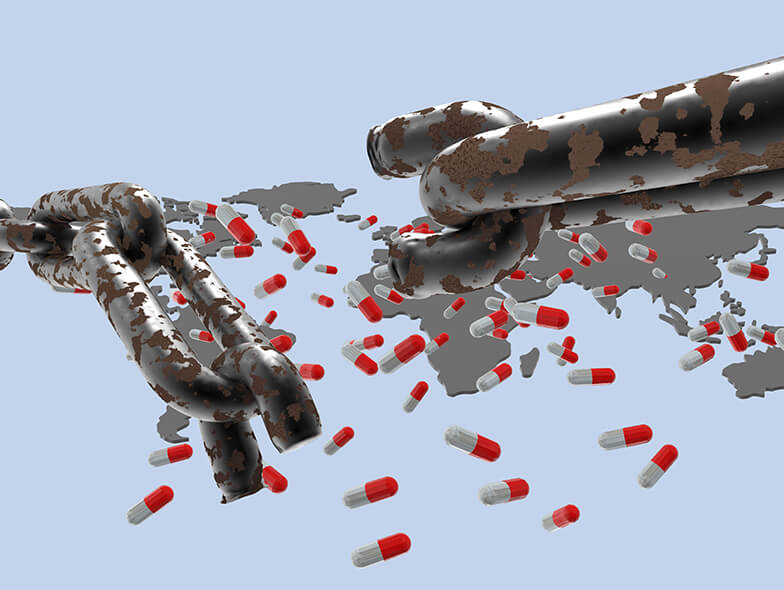 Four out of then patients questioned in a recent study said they fear more illness and death could result from contaminated or tainted medications without supply chain improvements.

The Pharmaceutical Supply Chain Vision Study by technology solutions provider Zebra Technologies reveals patients’ distrust of the medications they are receiving and segments within the pharmaceutical supply chain, including the entities who manufacture, distribute, prescribe and dispense those drugs.

Also within the survey, seven out of ten respondents said they were concerned about receiving an improper dose due to labelling errors, or being given either stolen, contaminated, tainted, expired, or counterfeit medicines or those that were improperly handled and stored during transit and could have damage or diminished efficacy.

Nine-in-10 patients said it is somewhat or very important they can verify a medication is not counterfeit, nor tampered with and confirm temperature sensitive medications have stayed within the prescribed range.

According to the survey, patients also expect drug manufacturers to disclose how their medications are manufactured/handled (81%) and transported/stored (82%). Eighty percent said it was also important to verify the sources of medication ingredients including the country of origin and local standards for the medication itself.

In addition, 79% of those surveyed wanted to know the source of their medication is sustainable with confirmation the manufacturer is using techniques to protect the environment, animal welfare, human communities and public health.

“These evolving patient demands will certainly be a wakeup call for pharmaceutical industry leaders who, for years, have been primarily focused on meeting regulatory standards,” said John Wirthlin, Industry Principal, Manufacturing, Transportation and Logistics, Zebra Technologies. “Manufacturers, government agencies, pharmacies and healthcare providers must work together to win consumers’ trust in the supply chain.”

Eighty-four percent of pharmaceutical industry decision-makers surveyed said they felt they are prepared to comply with traceability and transparency mandates.

Three-quarters confirmed they have already deployed location services technology or plan to in the next year – a move which would improve production workflows and drug tracking, reduce shrink and tampering, and give patients the visibility and information they want.

The study found that the biggest challenge these leaders are facing is being able to make and transport enough medications to meet patients’ needs. In addition to regulatory delays, industry decision-makers said they are also dealing with production limits, distribution and storage problems, shipping capacity constraints and transportation delays.

The study was conducted among over 3,500 patients and pharmaceutical industry decision-makers globally to evaluate perceived supply chain stability, gauge supply chain responsibility and trust in its entities, and identify needs for improving supply chain visibility and transparency.

The patients surveyed are adults with medical health issues requiring prescription medication or treatment that was filled at a pharmacy.