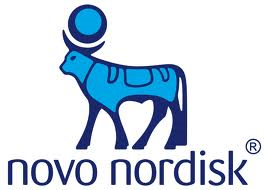 Novo Nordisk has announced that Health Canada has approved Levemir FlexTouch, a disposable prefilled insulin pen containing Levemir (insulin detemir). Levemir FlexTouch has been designed to improve ease of use for insulin administration and to help decrease barriers to good treatment adherence for Canadians living with type 1 and type 2 diabetes mellitus (diabetes).

The approval was also announced at the 2013 Vascular Conference in Montreal, Quebec.

Levemir FlexTouch features a push-button that does not extend at any set dose and a unique spring-loaded mechanism, in which the injection is driven by a torque spring rather than the user's thumb pressure.(1)  The torque spring is loaded as the dose is set and the spring energy is activated by depressing the push-button. As a result, the injection force of FlexTouch is significantly lower than other widely used prefilled pens.(2)  In 2012, Novo Nordisk announced the Health Canada approval of NovoRapid FlexTouch, which provided Canadians living with diabetes with the first prefilled insulin pen without a push-button extension for NovoRapid (insulin aspart).(3)

"Insulin treatment regimens can present challenges for many Canadians living with type 1 or type 2 diabetes, such as the convenience of insulin delivery, the anxiety associated with injections or the confidence in injection accuracy,"(4) said Dr Robert Schlosser, MD, FRCPC, Co-director of the LMC Endocrinology Centre, Thornhill, Ontario. "The approval of Levemir FlexTouch can help to address these barriers for those prescribed a long-acting basal insulin, resulting in improved treatment adherence."

Research indicates that insulin pens with relatively low injection force have been rated as easier and more comfortable to use by people with diabetes.(5)  In clinical studies, FlexTouch was found to have design features and a functionality that make it an attractive device for insulin delivery.(6)

It is anticipated that Levemir FlexTouch will be available in Canada in January 2014.