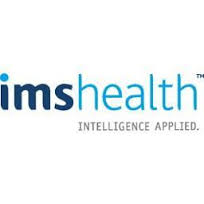 The pace of annual global spending on oncology medicines — which is approaching the $100 billion threshold — has moderated over the past 5 years, even as a surge in innovative and targeted therapies has brought new therapeutic options to the growing number of patients being treated for cancer and as survival rates for most tumour types continue to increase, according to a new report released today by the IMS Institute for Healthcare Informatics.

Growth in global spending on cancer drugs, including those used for supportive care, increased at a compound annual growth rate of 5.4% during the past 5 years, reaching $91 billion in 2013, compared with 14.2% from 2003 to 2008. The recent lower growth rate reflects fewer breakthrough therapies for very large patient populations, as well as patent expiries, reductions in the use of supportive care medicines, and stronger payer management. While oncology spending remains concentrated among the US and five largest European countries, which together account for 65% of the total market, the rising prevalence of cancer and greater patient access to treatments in pharmerging nations has propelled oncology to the fifth-largest therapy area in those markets.

Targeted therapies have dramatically increased their share of global oncology sales, from 11% a decade ago to 46% last year. Payers have intensified their scrutiny of the value of these medicines relative to their incremental benefits over existing treatments. At the same time, the average cost per month for a branded oncology drug in the US is now approximately $10,000, up from an average of $5,000 a decade ago. Concentrated or single-payer health systems, and those utilizing health technology assessments to evaluate the value of treatments, tend to pay less than US prices for medicines. The pricing discount mechanisms used in major European markets typically drive net prices down by approximately 20–40% compared with US list prices.

The study — Innovation in Cancer Care and Implications for Health Systems — is the most comprehensive review of current trends affecting the market for oncology medicines, the state of innovation in therapeutics, measures of the value of treating cancer, and pricing dynamics. The report also assesses the potential for biosimilars to reshape the oncology market, and analyzes the changes playing out in the delivery of oncology medicines in the US.

“As the cancer patient population mix shifts from mature and developed markets to low- and middle-income countries, oncology is bringing higher levels of uncertainty to health systems across the globe — both in terms of the nature and rate of innovative treatments, and levels of reimbursement for patient care,” said Murray Aitken, IMS Health senior vice president and executive director of the IMS Institute for Healthcare Informatics. “While an estimated 30% of cancers are preventable and early diagnosis and treatment can reduce or delay mortality significantly, the reality is that countries struggle to bring together the right combination of preventive measures and clinical interventions, including vaccines, diagnostics and therapeutics.”

The report’s key findings include the following:

• Pricing and the value of treatments face more payer scrutiny.

• Impact of biosimilars and non-original biologics is growing.

• Unique dynamics in U.S. contribute to changes in oncology care.

The full version of the report, including a detailed description of the methodology, is available at www.theimsinstitute.org