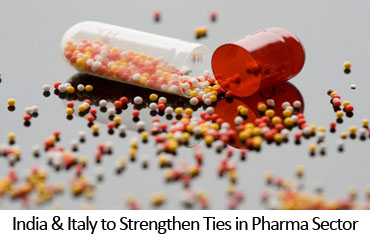 The growth rate of pharma exports from India to Italy in the recent past has been below 10 per cent and the joint working group. The working group will boost the exports through closer cooperation.

India and Italy will form a Joint Working Group (JWG) to boost their cooperation in the pharmaceutical sector as both countries have identified pharma as a key area for collaboration in the coming times.

The modalities for forming the working group were being worked out and Indian Commerce Ministry is in the process of gathering inputs from the Pharmaceutical Department which in turn has sought views of the stakeholders including pharmaceutical associations about the nature, scope, and structure of the proposed working group, s