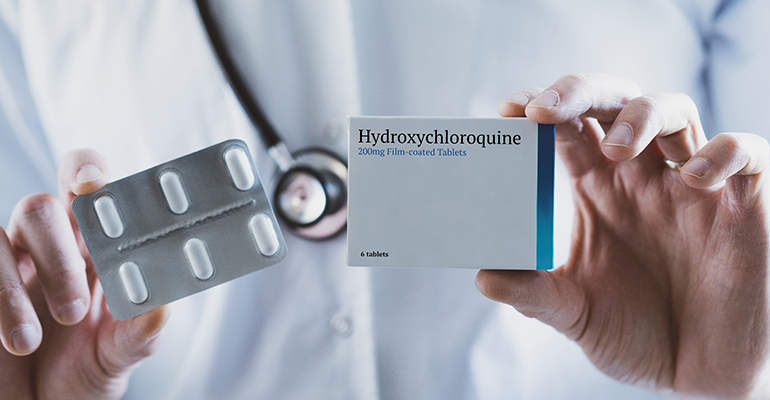 The Indian government is deciding whether to allow pharmaceutical exports of hydroxychloroquine and paracetamol on a case-by-case basis and only after importing countries submit a detailed request specifying why they need the medicines, according to Pharmexcil, a pharmaceutical export promotion council set up by India’s trade ministry.

The drug has been promoted as a potential therapy for COVID-19 – including by Trump himself -- but has yet to be approved by any regulator for the indication.

The MEA also said India would be supplying over-the-counter painkiller paracetamol and hydroxychloroquine to neighbouring countries dependent on its medicines supply.

In a letter to members dated April 15, Pharmexcil Director General, Udaya Bhaskar, said the council had contacted the Indian Directorate General of Foreign Trade (DGFT) asking it to issue guidelines to the pharmaceutical industry on the formal procedure for securing permission to export hydroxychloroquine and paracetamol.

He said the council had learned details of the necessary procedure from two members who had recently shipped quantities of hydroxychloroquine and paracetamol to the US and the UK.

“It is learnt that the requests received by the Ministry of External Affairs…from the embassy, health ministry or other government officials of the importing countries for the supply of these drugs would be examined on case to case by concerned departments and accordingly, the consignments may be released for export,” Bhaskar wrote.

He added that partner companies of importing countries should ask their respective embassies to send a detailed representation to the MEA “specifying the need of country for these medicines, quantity required, details of Indian manufacturer/exporter as well as the details of importers.”

Exporters are also required to complete a DGFT pro forma document listing details of shipment including the purpose of shipment, loading and discharge ports, final destination and buyer/consignee details.

Requests received by the MEA will be assessed by the Department of Pharmaceuticals and Drugs Control General of India and only after clearance from these departments, permission to export will be granted, according to the Pharmexcil letter.

Earlier in April, the DGFT lifted export restrictions on twelve active pharmaceutical ingredients and their associated finished products with immediate effect. The temporary restrictions were imposed on March 3 to ensure domestic supply amid slowing imports from China, a key producer of the ingredients.

The list of products freed from export restrictions included antibiotics clindamycin and erythromycin, anti-infective tinidazole and some vitamins but hydroxychloroquine and paracetamol were notable omissions.