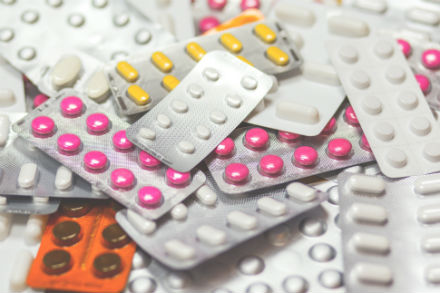 Global Drug Supply, Safety and Traceability Report reveals disparity in industry’s readiness to comply with track and trace regulations in the US and EU.

TraceLink has unveiled the second annual Global Drug Supply, Safety and Traceability (GDSST) Report, including results from 660 respondents across the pharmaceutical supply chain - the largest survey ever conducted on pharmaceutical track and trace.

The 65-page report highlights a massive gap in industry readiness for drug serialization, with only one-third of respondents stating that they are “very prepared” to comply with serialization deadlines in the US and EU. The in-depth analysis also reports that not one survey respondent has completed all of the fundamental steps for serialization compliance.

Key findings from the GDSST Report include the following:

“This year, serialization becomes a true reality for many pharmaceutical companies. As the leader in the market, we feel that TraceLink has a responsibility to provide insight into the state of serialization as it stands today, by leveraging our unique ability to reach the entire supply chain, from end-to-end, through our 266,000+ trade partner network,” said Shabbir Dahod, president and CEO of TraceLink.

“These survey results are startling. Despite goodwill efforts by industry and regulators to meet compliance on time, the industry is extremely behind in being ready for serialization. In 2018, as we reach the final hours of serialization in both the US and EU, the industry-wide lag in full serialization implementations remains a concern and emphasizes the criticality of trade partner connectivity within the supply chain.”

Accounting for the disparity

Not one of the EU FMD pharma respondents who said they were “very ready” for serialization were fully integrated with their CMOs, whereas 73% of CMOs stated they were connected with their brand owner customers. Pasi Kemppainen, management advisor, global serialization and traceability, Santen Pharmaceutical, was asked what he thought has caused this disparity.

"There are a few very practical causes for this disparity. First, the CMOs are comfortable in saying they are ready because their hardware, systems and software are in place and validated, and many are working with a small, selected pool of first mover pharma customers. The pharma companies, on the other hand, have to connect with a large number of CMOs and each will have a different approach to serialization catering to differing demands from their customers. This elongates and complicates connections unless they are all using a network approach. So there might be a technical readiness in place at the pharma side but the full roll-out with CMOs is still in early stages.

"Second, there may be differences in perception between departments; for example, site level operational teams will normally be ‘ready’ well in advance of teams working on data exchange projects in IT departments. If these departments are failing to communicate, they will not appreciate where the project is in terms of completion."

Thirty percent of EU FMD pharma companies had already hired additional staff dedicated to serialization, compared with just 9% of Drug Supply Chain Security Act (DSCSA) companies at the same point last year. Regarding the question of whether pharma companies should look to third-party specialists to fill resource gaps or recruit in-house, Pasi Kemppainen answered: "Pharma companies should, and in most cases are looking to third-parties to fill gaps in resource and knowledge. It’s more of a necessity for the EU regulation as the FMD requirements are more complex than DSCSA — there’s one, absolute deadline for all stakeholders involved and the regulation is more ambitious in terms of what needs to be implemented with a shorter timetable.

The European market is also inherently more complicated due to the freedom each country has in terms of interpreting the FDM requirements, especially the artwork requirements. There might be nuanced differences between the countries and therefore, different requirements for MAH’s implementation on all levels of serialization and traceability, and especially on the supply network integration, depending on the country and stakeholder they are shipping products to.

Pasi Kemppainen will be presenting at FutureLink Munich, 5-7 June 2018.