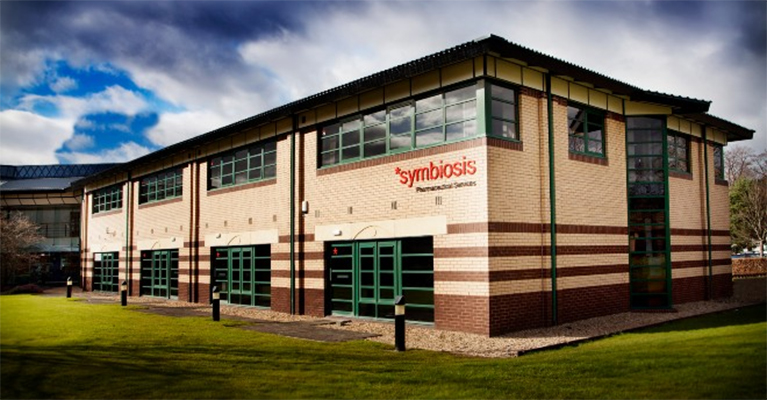 CMO's customer base has grown by more than 25% in 2019 alone, and investment and demand for services is estimated to increase output by another 25-30% in 2020.

In the last 12 months Symbiosis has invested more than £1.5m ($1.9m) in expanding its Stirling site, doubling its current footprint with an additional 8,000 sq ft of office space to house the firm’s administrative, management and operational teams while also facilitating the expansion of its existing manufacturing space and its supporting services infrastructure.

Colin MacKay, CEO at Symbiosis said: “This represents another exciting step for Symbiosis which allows the company to continue to leverage its expertise in small-scale clinical and commercial sterile manufacturing to drive future growth. The additional space has allowed us to increase our headcount from 60 to 90 employees in line with both customer demand and our ongoing growth strategy.

“The investment in the new facility is driven by the significant organic growth of the company as a result of its continued success in the niche market of sterile manufacturing of advanced therapeutic medicinal products (ATMPs) such as viral vector and other biopharmaceuticals - our customer base has grown by more than 25% in 2019 alone.”

The expanded facility, which was recently completed and is now fully operational, has been part-funded by a successful Innovate UK grant from the UK Government aimed directly at strengthening the UK’s viral vector biopharmaceutical drug development and manufacturing supply chain. The continued investment and demand for services is estimated to increase output by another 25-30% in 2020.

Colin MacKay continued: “The recent Innovate UK grant, combined with a successful FDA inspection, is further proof of Symbiosis’ continued profitable growth following its success in 2018 and throughout 2019. The strategic focus of Symbiosis for 2020 is on the continued organic growth of our core sterile GMP manufacturing services in our key target markets in the US and Europe.

”Expanding the level of viral vector sterile manufacturing is central to that strategy, and we have a number of new and current client project initiatives which are further driving that expansion.”