Nine-Month Figures for 2013 - Sartorius with Gains in Order Intake, Sales Revenue and Earnings 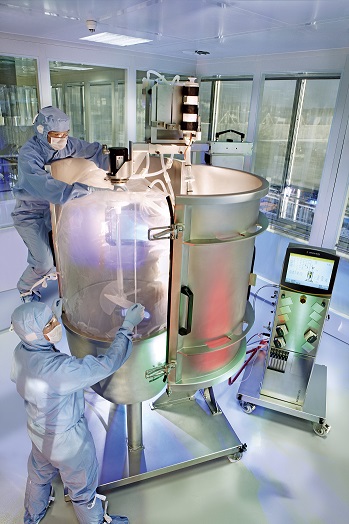 Bioprocess Solutions, the largest division that primarily specialises in single-use products for pharmaceutical drug manufacture, performed especially well yet again. Business for the divisions of Lab Products & Services and Industrial Weighing also picked up during the first 9 months, yet third-quarter development of lab business remained below expectations due to a difficult market environment in some areas. Based on the Group's 9-month figures, management confirmed its full-year earnings target.

The Bioprocess Solutions Division primarily contributed to the Group's strong business performance. Order intake for this division in cc rose sharply by 15.9% to 404.9 million euros (reported: 13.5%; 9-mo. 2012: 356.6 million euros). This increase was driven by strong demand for single-use products utilised in biopharmaceutical manufacture, as well as by special growth impulses from large equipment orders primarily in the first quarter. The division's sales revenue in cc also rose significantly by 8.4% to 382.4 million euros (reported: +6.1%; 9-mo. 2012: 360.3 million euros). The acquisition that closed in January 2013 in the field of cell culture media contributed approximately one percentage point to revenue expansion. Regionally, the Bioprocess Division reported the highest growth in Asia.

Based on the Group's business performance in the first 9 months, management confirmed its earnings forecast for the current year. This forecast projects an increase in the Group's underlying EBITDA margin to around 19.5% based on constant currencies (cc). Consolidated sales revenue is expected to increase approximately 7% in constant currencies, within the growth corridor of 6% to 9% communicated at the beginning of the year, but not quite reach the upper half of this corridor as forecasted at mid-year.

In view of the three divisions, the company continues to anticipate that Bioprocess Solutions will reach, or slightly exceed, the upper end of the range of 9% to 12% in sales growth. The division's underlying EBITDA margin is projected to rise to 22.5% to 23.0% (unchanged guidance).