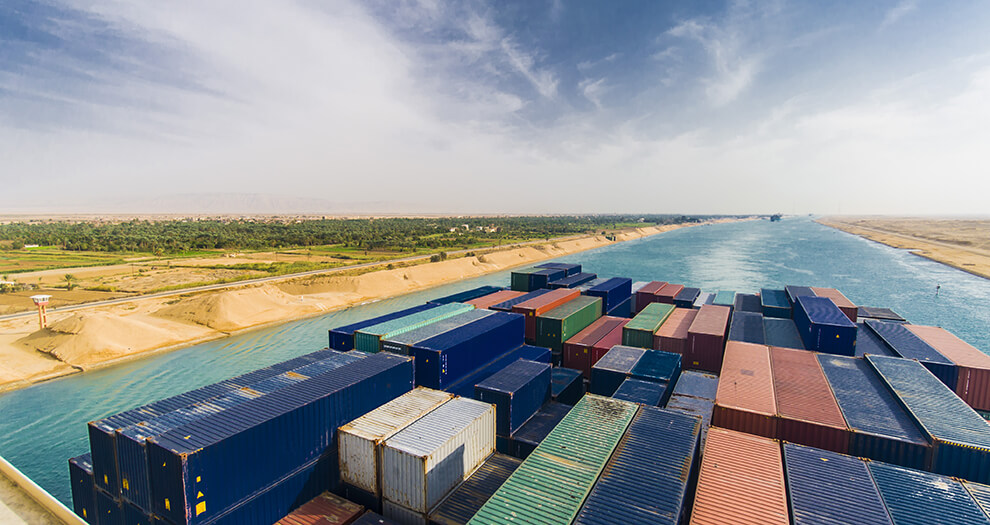 The logjam in the Suez canal caused by a stricken container ship wedged across the vital trade route has caused nervousness to human and animal nutrition additive supply chains, with some deliveries being switched to air transportation or put on hold, according to online trade platform and data provider, Kemiex.

Earlier this week, the 200,000-ton Panama-registered Ever Given, operated by shipping company Evergreen and bound for Rotterdam in the Netherlands from China became stuck in the Egyptian canal.

Efforts to re-float the vessel and free up the waterway are ongoing.

Stefan Schmidinger, partner at Kemiex told CPhI Online that three days after the incident, it remains unclear how long the waterway will be affected, with the best case scenario being a resolution next week, “but if cargo needs to be unloaded first this would multiply to three to six weeks in a base case.”

According to ship tracking platforms, an increasing number of vessels have changed course to take the route around Africa, causing a one-week delay to arrive at their destination, and a two-week delay for a full Asia-Europe round trip.

Schmidinger said this course of action results in a 10-20% reduction of carrier and container capacity on this lane, as well as additional fuel consumption and emissions, in a freight market that has been operating at its limits amid record rates for the last year.

“Human and animal nutrition additives, as well as other bulk chemicals, are being impacted directly, causing significant nervousness among supply chain managers,” he said. “A few new factory deliveries have reportedly been re-booked to air as the additional cost was secondary to a timely delivery, but more shippers have rushed to secure space or even put April deliveries on-hold.”

Schmidinger said the bottleneck could prove to be a boost to ‘niche’ freight trains connecting China-Europe typically costing less than air but moving cargo faster than sea.

Container freight rates have spiralled over the last few months amid a shortage of containers in Asia as Chinese exports recovered from the effects of the coronavirus pandemic. The Freightos FBX11 China-North Europe route index was marked at $7,500/FEU on March 25, up from around $2,500/FEU in November.

Schmidinger confirmed that as pharmaceutical ingredients are mostly airborne, the Suez incident has yet to cause any supply disruption for the sector.