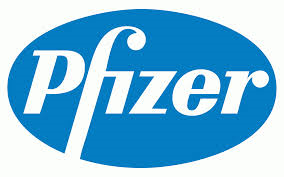 Pfizer Inc.’s Amy Schulman, named to head one of the company’s three new drug units starting next month, will instead leave the company.

Schulman, a deputy to Chief Executive Officer Ian Read and Pfizer’s general counsel, was chosen in July to lead one of the businesses as the New York-based company reorganises ahead of a potential breakup. Albert Bourla, a 20-year Pfizer veteran, will now head the unit, which handles vaccines, oncology and consumer health products, Pfizer said in a statement today.

Pfizer’s division into two brand-drug and one off-patent business, set for 1 January, will occur as the company divests non-medicine operations. The world’s biggest drugmaker has said it is narrowing its focus on a smaller group of research areas.

“Amy Schulman and Pfizer have agreed to separate,” the company said in a statement yesterday (17 December 2013). She will stay at the company for a transition period, after a 5-year tenure there. The company didn’t give a further reason for her departure or say she was leaving for another job.

A second unit, to be led by Geno Germano, will get inflammation and immunology, cardiovascular and metabolic drugs, neuroscience, pain, rare diseases, and women’s and men’s health products. John Young will head Pfizer’s established products business, consisting of drugs that have lost patent protection.

Schulman joined Pfizer as general counsel in 2008. She was given leadership of the company’s nutrition unit in 2010, when it had $1.87 billion in sales. After that unit was sold, she headed the $3.12-billion-a-year consumer business, before being assigned the newly created drug unit.

“I have enjoyed my years at Pfizer and wish the company and my many friends and colleagues well,” Schulman said in an emailed statement provided by the company.