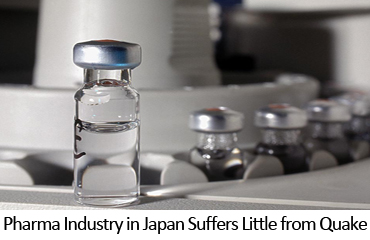 According to some preliminary reports, the pharma industry in Japan has suffered no major damage after the 9.0M earthquake and the consequent tsunami.

It is reported that no major damage to pharmaceutical facilities in Japan has been sustained in the wake of last week's earthquake and tsunami.

Danish pharmaceutical company Novo Nordisk will assess its supply operations, but confirmed its plant had remained undamaged. The factory is located in Koriyama, some 60km away from the Fukushima nuclear power plant that suffered explosions, but most of the company’s staff are located in Tokyo. All of its employees in the country have been accounted for.

Japanese pharma major Takeda Pharmaceutical is still assessing the impact of the disaster, but also confirmed that its facilities