Ecolab company Purolite held its ribbon-cutting ceremony on October 13 in celebration of their manufacturing expansion, which will see production capacity triple for the company’s bioprocessing resin production to meet global demands. In an interview with Chris Major, General Manager of the Bioprocessing division, Purolite’s expanded features will also bring attention to its commitment to the environmental impact of manufacturers.

Major stated: “It creates a space where our team can be really creative. When you’ve got some of the brightest minds in the industry, you want to have a nice place for them to work – you want to have a place where they feel inspired and where they can think about the next-generation products that are going to help impact the next generation of therapeutics, that’s what the innovation centre does. It creates an environment for our people to be free-thinking and innovative.”

Major emphasized Purolite’s continued commitment to bringing their customers sustainable processes and an ethical environment for their manufacturing needs. As a modular-built facility with 27 Portacabins, each cabin boasts the usage of second-use recycled steel. Groundwater heat pumps utilise thermal energy, which can be converted to use as renewable energy throughout the facility. Solar panels run the facility at close to net-zero energy. However Major noted that such facility features are only a small part of Purolite’s commitment to sustainability. 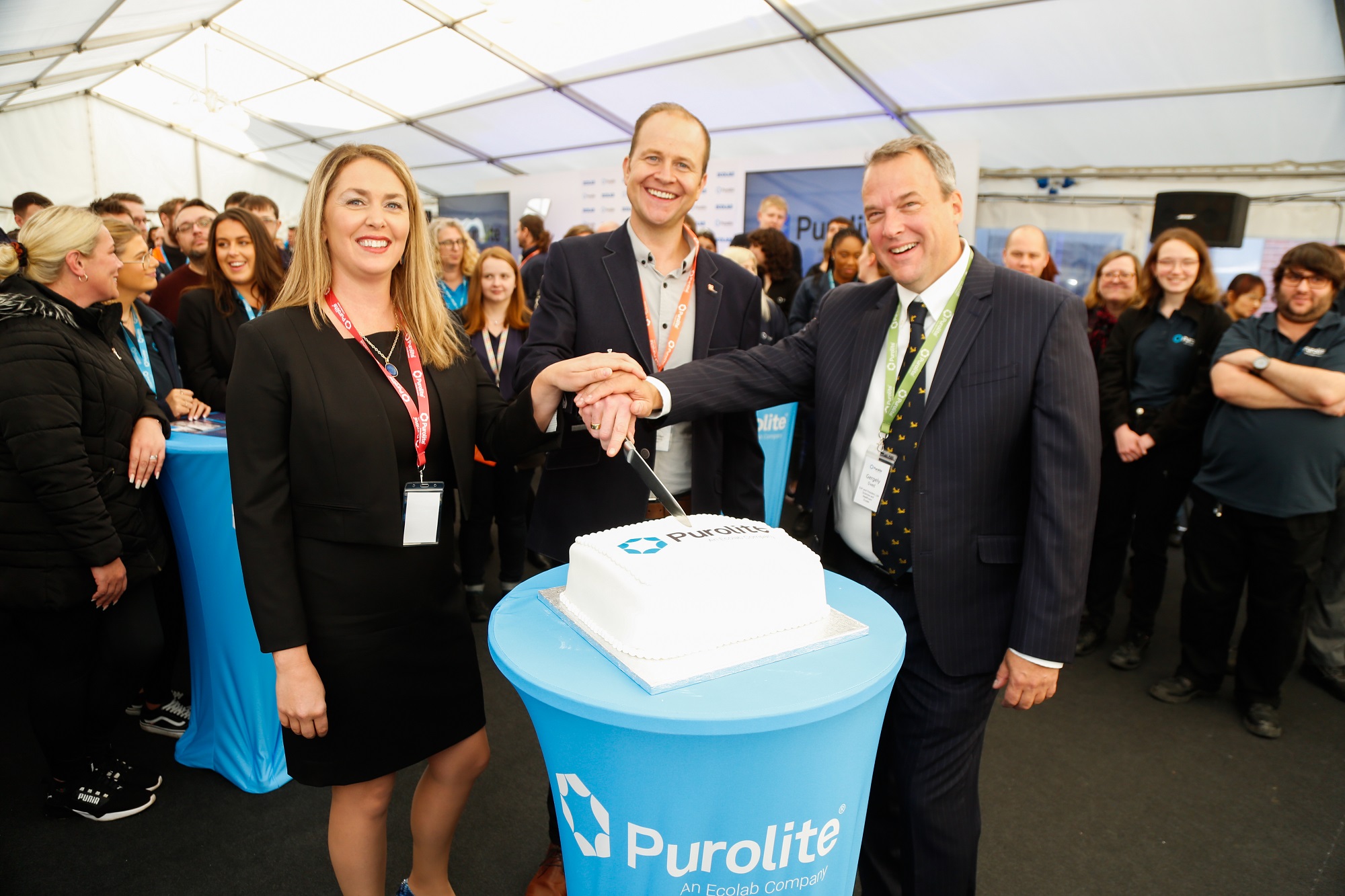 “The big advantage that we have is the technology we have developed. For the last 50 years, there’s really been one method of manufacturing the type of technology that we do, and it has remained virtually unchanged since the 1950s. Over the last five to seven years, we’ve worked to revolutionise this type of a manufacturing method to something we’ve patented called ‘jetting method’. Jetting technology allows us to precisely control size to make uniform beads... By the way that we’ve designed and implemented this manufacturing technology, we’ve been able to substantially reduce the amount of water (compared to the traditional manufacturing method).” In addition to reducing water usage and wastage, Major also stated that carbon dioxide emissions were significantly reduced with the patented jetting method, as well as almost eliminating harmful solvents. With sustainable manufacturing methods, Major highlights that Purolite not only reduces their own environmental impact but also that of their customers who choose to partner with them.

The expanded facility in Wales runs in parallel to construction at Purolite’s facility in the United States, giving Purolite a dual-continent capability to make innovative therapeutics around the world accessible. Major emphasized that a pillar of Purolite’s ethos is not only to develop and manufacture exciting new technologies in support of biopharmaceuticals, but to also make healthcare an accessible right across the globe.

Major concluded with a highlight of some of Purolite’s business achievements, including a series of global awards and recognitions. Purolite UK was awarded the Queen's Award for Enterprise in 2022, given by His Majesty’s Lord Lieutenant of Mid Glamorgan. With a wider global footprint, Purolite’s headcount has almost doubled, something Major anticipates will only increase in the coming years. The Wales Business Award for Most Innovative Company was also presented to Purolite, further demonstrating Purolite’s commitment and production of cutting-edge technology.