Reig Jofre to expand its injectable products plant in Barcelona 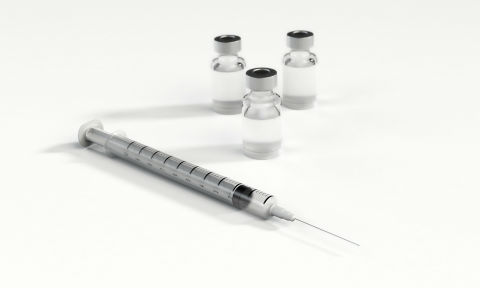 Company set to triple its aseptic production capacity of injectable and lyophilized products.

Reig Jofre starts an ambitious investment plan in its sterile injectable products plant in Barcelona, with the aim of increasing aseptic production capacities and efficiencies, and adapting the plant to state-of-the-art technologies to address more complex developments and meet the market's most demanding requirements.

The EUR 30 million investment, which will be undertaken in the next 3 years, includes the expansion of the lyophilized products line for hospitals, civil works, facilities and services.

A new 2500-m2 building for the production of liquid and freeze-dried vials will be built inside the injectable products plant. The investment involves an initial installation of two freeze-dryers, each occupying 55 m2, which will increase production capacity up to 40 million vials. A third freeze-dryer of the same size - to be added at a later date - will boost the plant's total capacity to more than 50 million vials.

Increase in demand generated by the customer portfolio

The cutting-edge specialization achieved in Reig Jofre, together with its recognized experience, solid international expansion initiated more than 15 years ago and high technological expertise in the development and stabilization of biotech products, are causing an increasing demand from the company's client portfolio worldwide.

This growth stems from the increased demand for Reig Jofre's current injectable products and from new developments of complex molecules whose instability requires freeze-drying for its production and which are currently under development by the plant's R&D team.

Reig Jofre has more than 40 years of experience in the pharmaceutical lyophilization technology applied to sterile injectable products. Moreover, it has a Center of Excellence since 2006 that ensures its continuous adaptation to advances in this technology, either for the development of its own products or to offer advanced services to other pharmaceutical development companies around the world.

The Center of Excellence is equipped with two pilot plant freeze-dryers for cycle design, research, optimization and stress testing. Reig Jofre has a patent developed by the Center of Excellence on the design QdB (Quality by Design) for the lyophilized products manufacture and another pending patent application on a lyophilized formulation developed by the R&D team for the stabilization of therapeutic viruses.

In the last decade, the company has been adapting its facilities to this growing increase in production for its customer portfolio. Currently, the lyophilized products plant has five freeze-dryers, with a lower capacity than the new equipment and is at full capacity with a production of 15 million vials (vs. 3.5 million vials in 2008) of developed specialties and registered by Reig Jofre or its business partners in countries on the five continents.

Reig Jofre's firm commitment to the line of injectable and freeze-dried products is evidenced in the 50% growth of its sales, in the last 2 years. In 2017, the line contributed EUR 32 million to the company's total sales. The portfolio of lyophilized products comprises anesthetics, anti-infectives and gastric protectors marketed through its own sales network in seven countries (Spain, France, Portugal, UK, Belgium, Sweden and Singapore) and present in 67 countries all over the world thanks to 130 business partners.

In addition to meeting the growing current demand of the company's client portfolio, the objective of this investment is to build a new state-of-the-art zone for the manufacture of freeze-dried vials and liquid vials that complies current standards of safety, productivity and quality in the aseptic manufacturing by reducing the operations of greater microbiological risk by avoiding the intervention of personnel in the aseptic stages. Thus, the dosing process will be done in an installation of insulators, without human contact with the product and with a fully automated loading and unloading system for vials.

Likewise, the facilities will be adapted to the requirements of the most demanding regulatory agencies. Thanks to the specialized personnel in sterile injectable products, the development and marketing of new high-added-value products will be addressed with the help of third companies. Which have been relying for years on the company's departments of R&D, regulatory, production and international business development, for the development of its new innovative molecules that will be marketed with Reig Jofre's production guarantee, once clinical and regulatory phases have been overcome.

With this investment, Reig Jofre will reinforce its position as referent in the injectable and lyophilized products world market and address the development and manufacture for its own biosimilar and innovative products as well as for other companies.

On the other hand, the new equipment will cover current and future demand, both in terms of capacity and quality requirements what will consolidate Reig Jofre presence in current international markets of Europe and Japan and undertake the entry into large volume markets like the US and Indonesia, among others.

In addition, the equipment diversity and the QbD implemented and patented by Reig Jofre for the manufacture of most of the lyophilized products, just as for new developments, will allow greater versatility in batch manufacturing, from large to small volumes of high value-added products with high-tech equipment.

Thus, the increase in productivity due to larger sizes of manufacturing lots will lead to reach economies of scale achieving a significant increase in productive efficiency. Similarly, the development and manufacture of new products with higher added value (innovative products and biosimilars) will contribute to improve the profitability of this business line.