Home Market News US Organisations Reaping Rewards of Public Investment in Genomic Research, with Europe and Asia Lagging Behind

US Organisations Reaping Rewards of Public Investment in Genomic Research, with Europe and Asia Lagging Behind 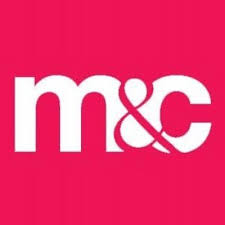 Public research organisations are driving advances in research into genome-related technologies and their use in medicine and industry, with the private sector lagging behind, according to research by Marks & Clerk, released as part of its Life Sciences Report 2014: Genome 2.0, at the BIO International Convention 2014 in San Diego. The research further highlights the global disparity, with the advantage almost entirely enjoyed by the US, whilst Europe and Asia trail behind, despite over €1 billion of public funding coming from the EU for research into personalised medicine between 2007 and 2012.

The report looks at intellectual property trends in the genome market over the past decade since the completion of the human genome in 2003. The research has revealed that areas of personalised medicine and synthetic biology are showing commercial promise, though public organisations outnumbered private organisations among the top filers of patent applications related to these fields. Meanwhile, in the more mature sequencing technology market, established private organisations outpace public entities, with past disruptive technologies such as next generation sequencing having become standard practice and new disruptive technologies emerging that can further challenge the status quo.

Patent applications have shown increases in sequencing technology and personalised medicine since 2003, despite a dip in 2010 attributed to the delayed effects of the financial crisis. Application levels in synthetic biology are only now returning to the high levels seen in 2004 after a period of fluctuation, as a host of new technologies come to the fore.

Dr Gareth Williams, European Patent Attorney, life sciences specialist and Partner at Marks & Clerk, comments: “10 years on from the mapping of the human genome, the markedly strong performance of US public bodies reflects badly on Europe, with European universities and research bodies surprisingly under-represented among the large filers of patent applications. Although we are seeing increasingly strong performances from European organisations like CNRS and INSERM in France and some European private companies, Europe needs more focused commercialisation of local research to become a challenger on the international stage in this vital area of medical research. Hopefully, the €1 billion that has already been invested by the EU in personalised medicine will lead to increases in filings from European organisations in the coming years. Likewise, the strong UK push behind synthetic biology can only be good news for UK organisations in this field.

“Patent application figures in sequencing, personalised medicine and synthetic biology tell us a great deal about deal about the stage of development each technology has reached. The prevalence of private companies filing patents for sequencing technology shows a maturity in the market as key players enjoy dominant positions they have carved out for themselves. Meanwhile, the high number of filings by public bodies in personalised medicine and particularly in synthetic biology depicts two emerging technologies, with private companies on the whole showing less confidence.”