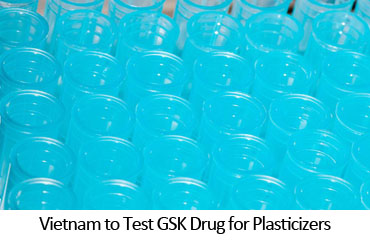 At the time of the Hong Kong recall, GSK and health officials there emphasized that the amounts of plasticizer found weren't likely to cause harm to humans if they were taken at the proper doses.

GlaxoSmithKline's antibiotic Augmentin is now facing testing by regulators in Vietnam after a recall of the drug in Hong Kong.

The Drug Administration of Vietnam says it will collect samples of the drug to test for plasticizers, the chemicals found in trace amounts by Hong Kong officials. Vietnam has also asked GSK to work with distributors to collect samples.

Hong Kong has pulled two Augmentin products: a powdered form that's reconstituted into a liquid for dosing and a 375 mg pill version. Authorities there said they had found plasticizers in both products; the pill version contained di-2-ethyl hexyl phthalate (DEHP) and diisodecyl phthalate (DIDP). The 375 mg pill is no longer imported into Vietnam, authorities there said, although other pill strengths and powd