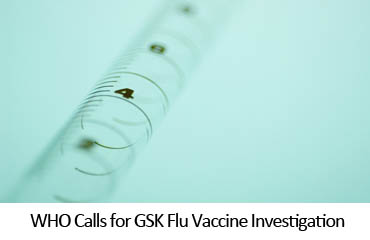 A possible connection between cases of narcolepsy and GlaxoSmithKline’s Pandemrix has led to a call from WHO for further investigation.

The World Health Organization has called for an investigation into GlaxoSmithKline's H1N1 2009 vaccine which is believed to cause chronic sleep disorder narcolepsy. Narcolepsy is characterised by excessive daytime sleepiness in which a person experiences extreme fatigue and possibly falls asleep at inappropriate times.

The group's Global Advisory Committee on Vaccine safety said that 12 countries had reported cases of the condition in children and adolescents following vaccination of pandemic swine flu product Pandemrix.

More than 31 million doses of the vaccine have been administered in 47 countries. In Iceland, Sweden and Finland, higher rates of the sleep disorder have been reported