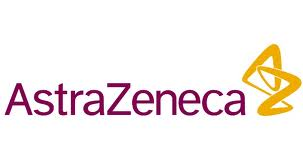 The sale is part of AstraZeneca’s plan, set out in March 2013, to establish a new global R&D centre and corporate headquarters in Cambridge, UK, in 2016. The new owners plan to build on Alderley Park’s heritage of scientific innovation, ensuring that the 400-acre site remains a life science and biotechnology campus. The financial terms of the transaction are not disclosed.

Pascal Soriot, Chief Executive Officer, AstraZeneca, said: “We believe that the sale of the site to Manchester Science Parks is the responsible and sustainable choice for the future of Alderley Park. The new owner is committed to building on AstraZeneca’s life science legacy at the site and ensuring it remains a centre of biotechnology innovation in the North West of England. It will lead to future growth and offer significant opportunities for new jobs to be created.”

Chancellor of the Exchequer, Rt Hon George Osborne MP, said: “I am delighted that the future of Alderley Park has been secured through today’s deal with Manchester Science Parks. As the local MP, and as Chancellor, I’m fighting hard for the future of this site. So I am very pleased that Alderley Park, with its rich heritage of innovation, will now continue to operate at the centre of the UK’s life sciences’ industry. Today’s deal ensures that new businesses are able to build on the site’s history to deliver exciting new opportunities and more jobs for the North West which in turn means economic security and a brighter future for all those involved. Life Sciences are one of the UK’s leading sectors and by backing places like Alderley Park, we are backing the industries of the future.”

Chris Oglesby, Chairman of MSP and Chief Executive of MSP majority shareholder, Bruntwood, said: “We are delighted to have been entrusted with securing the future of Alderley Park as a bioscience facility of world class scale and quality. We are committed to developing a bioscience business cluster of international importance on the site, making it a flagship location of its kind for the North of England and the UK.”

AstraZeneca will take pre-tax impairment charges of $275 million to non-core R&D expense in the first quarter of 2014. This forms part of the costs associated with the footprint changes announced in March 2013.

AstraZeneca expects to complete the sale by end of March 2014 and will remain a key tenant on the site. The handover of the site will be phased over a 3-year period, with the full exit of AstraZeneca R&D staff to take place in line with the completion of the company’s new facility in Cambridge.

Alderley Park will remain a major location for AstraZeneca in the UK, with around 700 staff on the site in non-R&D roles following the transition to Cambridge. Overall, AstraZeneca will continue to have a significant presence in the North West of England with approximately 3000 employees across Alderley Park, the Macclesfield manufacturing site and the MedImmune vaccine manufacturing facility in Speke. The company also has extensive and close scientific collaborations with academic institutions such as Manchester University which will continue to play an important role in discovery work.