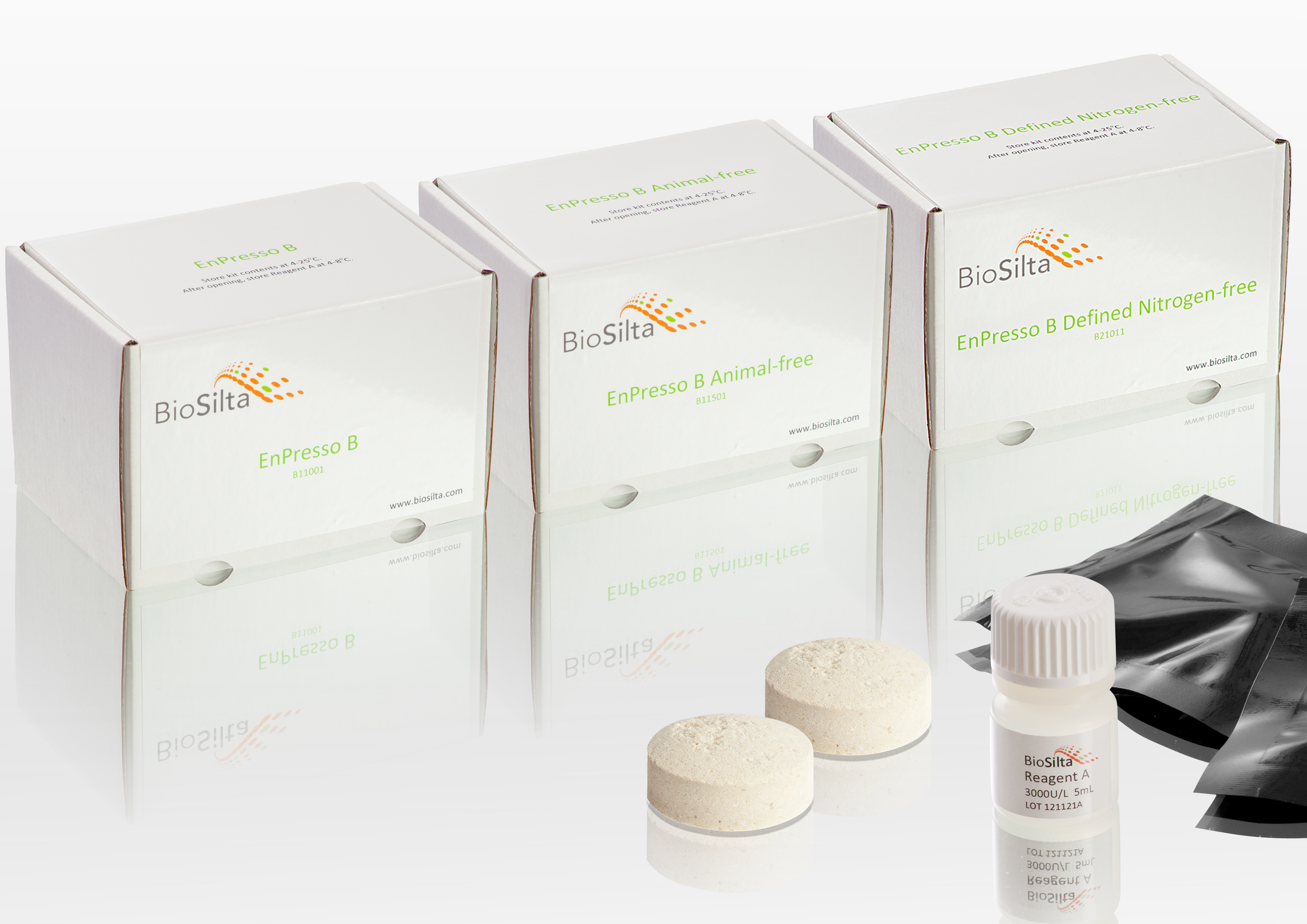 BioSilta Oy, a developer of advanced microbial growth systems, has announced the commercial launch of the first products in its proprietary EnPresso B range of reagent-based growth systems for bacterial cultures. Extensive results from independent labs around the world (available at www.biosilta.com) have confirmed that these new products typically increase protein yields by five to 100-fold and improve protein functionality when compared with results using conventional growth media.

The EnPresso B range has been developed in response to findings from market research involving more than 1200 scientists routinely growing bacterial cultures for the expression of recombinant proteins at laboratory scale. The majority of respondees highlighted insufficient yield, followed by quality problems such as poor protein solubility or low activity, as their main challenges.

The products are EnPresso B, EnPresso B Animal-free (supplied with documentation to certify that the product is free from animal-derived components), and EnPresso B Defined Nitrogen-free, used to significantly increase the yield of 15N-labeled proteins for NMR analysis.

For ease of use the products are supplied as presterilized tablets, which are simply added to sterile, filtered water. Optimized protocols enable researchers to go from pre-culture to harvest within 2 days, using standard lab equipment such as shake flasks or 24 deep well plates.

The EnPresso B range incorporates the Company’s patented EnBase technology that offers a novel approach to control the feeding, and thereby growth rate, of microbial cultures. A glucose-releasing agent breaks down long chains of polysaccharides, releasing glucose units to feed the microbes. As well as glucose, EnPresso tablets provide other key elements to support growth and control pH. Cells grow steadily to reach higher densities before induction of protein expression and continue in linear growth for many hours after induction. Proteins are expressed under optimal metabolic conditions thereby reducing the risk of incorrect folding and increasing the percentage of soluble protein. In contrast, microbes cultivated in conventional media grow in an uncontrolled manner, consuming nutrients, changing pH and depleting oxygen. Growth stops within hours, limiting protein yields and ‘too fast’ metabolism produces poor quality proteins.

Bob Penney, CEO, BioSilta Oy, said: “In our market research more than 70% of scientists confirmed that their main challenge when producing recombinant proteins in bacterial systems was insufficient yield, followed by problems with poor solubility and functionality. We firmly believe that EnPresso B growth systems very significantly address these issues and will revolutionize the role of bacterial cell culture in protein expression. Scientists will spend less time optimizing expression systems and more time focused on their true research objectives.”