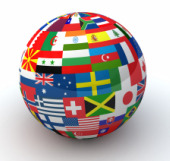 Doctors tend to be biased against industry-funded clinical trials, a study has found.

Doctors are less likely to trust the findings of a clinical trial if it was funded by a pharmaceutical company, new research has found.

Even in cases where a trial was conducted rigorously and to a high standard, doctors were found to take a dim view of the conclusions if they learnt it was industry-funded.

The study was conducted by researchers at Harvard Medical School in Boston and involved more than 500 doctors who were shown hypothetical abstracts and questioned on the evidence presented.

Doctors tended to downgrade the rigour of a trial, their confidence in the results and their willingness to prescribe the drug in question if it was funded by a pharmaceutical company.

Publishing their findings in the New England Journal of Medicine, the study authors concluded that industry sponsorship "negatively influences [doctors'] perception of methodologic quality and reduces their willingness to believe and act on trial findings, independently of the trial's quality".

They added that this could influence the translation of clinical research into practice.

Writing in an accompanying editorial, Dr Jeffrey Drazen, the journal's editor-in-chief, argued that a trial's validity should ride on its design, the quality of data collection and analytic processes, and the fairness of the reporting.

"Ideally, these factors - not the funding source - should be the criteria for deciding the clinical utility," he added.