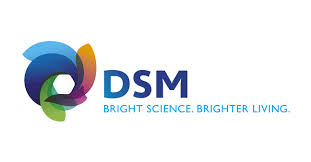 DSM Pharmaceutical Products, the custom manufacturing and technology business of Royal DSM has signed an agreement with Tunitas Therapeutics of San Francisco, US.

The contract covers the initiation of process development activities by DSM for Tunitas' lead Fc-fusion protein for the treatment of asthma and other allergic diseases. This project represents an agreement for DSM Biologics' Groningen, The Netherlands, facility for development where the intended manufacturing site is DSM Biologics' Brisbane, Australia, facility. Tunitas is an early-stage drug development company dedicated to the discovery and development of a broad platform of therapeutic proteins for allergies. Tunitas has now permanently established a subsidiary Tunitas Therapeutics Australia Pty Ltd in Melbourne, Australia.

"We are delighted to be working with DSM Biologics for the production of Tunitas' first clinical candidate," said Nolan Sigal, President and CEO of Tunitas Therapeutics. "DSM has an outstanding and well-earned reputation for the production of biologics of the highest quality. Furthermore, the opening of the DSM's state-of-the-art facility in Brisbane, Australia fits nicely with our strategy to begin development activities in Australia."

Manja Bouman, President of DSM Biologics, commented: “It is an honour to support the development of Tunitas' promising drug candidate from our facilities in Groningen and Australia. We are impressed with the potential of this product and the health benefit to treat the millions of patients whose asthma is poorly controlled on their current therapeutic regimens."

DSM Biologics, a business unit of DSM Pharmaceutical Products, focuses on optimising mammalian-based biopharmaceutical manufacturing through its unique set of technologies and expertise. In addition to an R&D and manufacturing site in Groningen, DSM has opened operations in Brisbane, Australia, with the support of the Governments of Queensland and the Commonwealth. The Brisbane facility is DSM's blueprint for its 'biologics plant of the future' for the production of biopharmaceuticals. DSM's proprietary technologies drive down cost, processing times and capital requirements to meet market demand for developing affordable lifesaving medications.