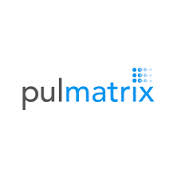 Pulmatrix will use Quotient's Rapid Formulation development and Clinical Testing (RapidFACT) service to aid in manufacturing its PUR0200 product. The product works by having patients inhale a dry powder and is the first of its kind to emerge from Pulmatrix's iSPERSE platform for developing respiratory therapies.

Managing director of Quotient Clinical Mark Egerton said: "We are delighted that Pulmatrix has chosen to utilise our RapidFACT service to support the development PUR0200. We have proven that RapidFACT can shorten timelines and reduce costs in early development, which ultimately contributes to enhancing R&D productivity."

In 2004, roughly 64 million people around the world had COPD according to the World Health Organisation (WHO). Statistics from WHO say it was also responsible for five per cent of all deaths around the world in 2005.