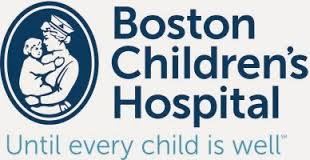 During the last 60 years, FDA approved 20 medications for attention deficit/hyperactivity disorder (ADHD) based on clinical trials that were not designed to study their long-term efficacy and safety or to detect rare adverse events, researchers at Boston Children's Hospital report in PLOS ONE. The study highlights gaps in how the long-term safety of drugs intended for chronic use in children is assessed as part of the FDA approval process.

"This study doesn't address whether ADHD drugs are safe, though their safety has since been established through years of clinical experience," says study senior author Kenneth Mandl, MD, MPH, Boston Children's chair in biomedical informatics and population health and director of the Intelligent Health Laboratory in Boston Children's Informatics Program. "Instead, we point to the need for an agenda emphasizing improved assessment of rare adverse events and long-term safety through post-marketing trials, comparative effectiveness trials and more active FDA enforcement."

According to the US Centers for Disease Control and Prevention, 11% of children in the US.between the ages of four and 17 (about 6.4 million children) have been diagnosed with ADHD. On average, children prescribed ADHD medications take them for several years.

To understand how extensively the long-term safety of common ADHD medications had been studied before going on the market, the researchers reviewed the clinical trial data included in the FDA drug approval packages for 20 drugs, reaching as far back as the original FDA approval for methylphenidate (Ritalin) in 1955.

The team identified 32 clinical trials on the 20 drugs. Only five trials were focused specifically on drug safety. The team calculated that each drug was tested in a median of 75 patients prior to FDA approval, with a median trial duration of 4 weeks. Eleven of the 20 drugs were approved after having been tested in fewer than 100 patients, and 14 in fewer than 300. Seven drugs that the FDA had previously approved for other conditions (e.g., obesity) were approved for ADHD without any condition-specific trials or trials in children.

"ADHD drugs are so effective at producing a behavioral effect quickly that one can measure a statistically significant treatment effect rapidly and with relatively few patients," Mandl says. "However, in the real world, these drugs are prescribed often for years, not for a few weeks, and long-term cognitive effects were never measured during the approval process."

Of note, six of the drugs received FDA approval with the caveat that the manufacturers conduct post-marketing surveillance studies of long-term safety. However, based on the records the researchers reviewed, only two of those requested studies were ever conducted.

"One approach used by the FDA to increase our knowledge around rare adverse drug events and the long-term safety of drugs is to require pharmaceutical companies to conduct post-marketing trials after a drug is approved," says study first author Florence Bourgeois, MD, MPH, of Boston Children's Department of Emergency Medicine. "However, historically there has been little enforcement of this requirement and sponsors have not been conducting the requested post-marketing trials."

Mandl and Bourgeois see the results as a call for increased regulatory emphasis on drugs' long-term safety and efficacy, particularly ones prescribed on a chronic basis.

The study was supported by the Eunice Kennedy Shriver National Institute of Child Health and Human Development (grant number 1R21HD072382).