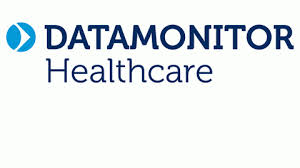 GlaxoSmithKline (GSK) has announced that vercirnon had failed to meet its primary endpoint in SHIELD-1, the first of four Phase III studies investigating the small molecule inhibitor of C-C chemokine receptor type-9 (CCR9) as a treatment for adult patients with moderate to severe Crohn’s disease. The Phase III failure follows the publication of less than convincing Phase II/IIII study data. Although GSK may terminate development of the candidate, leaving the company excluded from the inflammatory bowel disease (IBD) area, vercirnon’s loss from the wider pipeline is unlikely to have a pronounced effect on the IBD market.

Having initially been licensed from ChemoCentryx, vercirnon’s novel mechanism of action would have made it first in class if approved. The drug is a small molecule CCR9 antagonist which inhibits inflammation of the intestinal mucosa by blocking the interaction between CCR9 and its ligand, chemokine ligand 25 (CCL25), thus preventing lymphocyte migration. However, vercirnon’s novel mechanism of action is a weakness as well as a strength. Datamonitor Healthcare believes that, even if approved, physicians would have continued to prescribe immunosuppressants which have an established mechanism over vercirnon. Nonetheless, the candidate’s oral formulation holds an advantage over many of the current marketed Crohn’s disease drugs.

Vercirnon failed to meet its primary and key secondary endpoint in the SHIELD-1 Phase III study, which aimed to assess the drug’s induction of clinical remission. The study evaluated the efficacy and safety of 500 mg once daily and 500 mg twice daily, compared to a placebo, over 12 weeks. The study enrolled 608 adult patients with moderately to severely active Crohn’s disease who had displayed an inadequate response to conventional therapies. The primary and key secondary endpoints were the proportion of patients that achieved clinical response (defined as a decrease in Crohn’s Disease Activity Index [CDAI] score of ≥100 points at 12 weeks) and the proportion of patients that achieved clinical remission (CDAI score <150 points at 12 weeks), respectively.

The Phase III failure does not come as a great surprise as prior clinical data were unflattering, with Phase II/III results from the PROTECT-1 study suggesting that vercirnon was ineffective at inducing clinical response and remission within 12 weeks. This highlighted the need for robust results from the SHIELD clinical program to elucidate vercirnon’s potential as an induction of remission therapy and to salvage any promise of efficacy.

Despite GSK’s stated intention to explore the results from the Phase III study further, Datamonitor Healthcare believes that development is unlikely to continue due to the suspension of the clinical trial program. Vercirnon is GSK’s only pipeline candidate for Crohn’s disease, and so potential discontinuation would ensure that the company remains absent from this market. However, the loss of vercirnon from the Crohn’s disease pipeline is unlikely to have a large or lasting impact on the wider IBD market. Datamonitor Healthcare forecasted 2021 sales of vercirnon of just $82 million: relatively little in a Crohn’s disease market worth approximately $4 billion across the US, Japan, and five major EU markets (France, Germany, Italy, Spain and the UK).