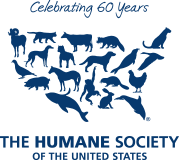 Merck & Co, Inc., will stop conducting or financially supporting biomedical research on chimpanzees into the foreseeable future. The availability of alternatives has led to the policy change by one of the world’s largest pharmaceutical companies. The Humane Society of the United States welcomes the company’s decision.

The announcement follows years of dialogue between The HSUS and Merck about concerns for the company’s use of chimpanzees in invasive experiments, and follows major recent actions by the National Institutes of Health and the US Congress to facilitate the retirement of hundreds of government-owned chimps from laboratories to sanctuaries.

Kathleen Conlee, vice president of animal research issues for The HSUS said: “Merck’s new biomedical research policy will save chimpanzees from unnecessary and painful experiments. Merck’s decision, and that of several other pharmaceutical companies, sends a strong message that private industry is moving away from chimpanzee research as the government has.”

With this recent announcement, Merck joins a growing list of pharmaceutical and biotechnology companies, including GlaxoSmithKline, Novo Nordisk and Grifols, which have adopted policies against the use of chimpanzees in research.