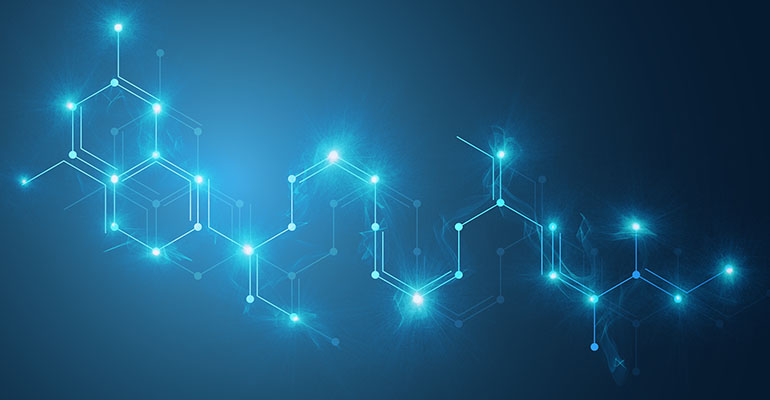 Is the pharma industry making the most of AI’s potential when it comes to accelerating and enhancing pharmaceutical drug development?

The utilisation of artificial intelligence (AI) by the pharmaceutical industry is gathering pace rapidly. The technology has evolved beyond simple neural networks and machine learning towards a deep learning approach geared at producing insights which should in theory enable better business decision making. AI’s remit is largely to tackle complex problems in ways similar to human logic and reasoning and it is already being used successfully within the healthcare arena to mine large amounts of patient data, to design treatment plans and to develop drugs.

The potential for transformational impact is huge all along the product lifecycle; AI machine learning algorithms can enhance and speed up manufacturing processes by increasing efficiencies and reducing waste. In the drug discovery process, AI is also being used in drug targeting and biomarker identification and predicting success rate probabilities. Earlier this year, drug discovery firm Exscientia and Japanese company Sumitomo Dainippon Pharma heralded their drug candidate for obsessive compulsive disorder as the world’s first AI-generated compound to make it into clinical trials.

And in a recent collaboration with the German Research Center for Artificial Intelligence, biopharma services company Sartorius has established the Sartorius AI Lab (SAIL) with the aim of developing machine learning and image and pattern recognition processes for life science applications. For example, researchers are working on new deep learning algorithms and methods for image recognition of cells and organoids, analysis and modelling of biological systems and for simulation and optimization of biopharmaceutical production processes.

“Our aim is to use better methods of data analysis and the increasing computer capacities to map and simulate the development and production of biopharmaceuticals in computers in the future,” says Oscar-Werner Reif, chief technology officer at Sartorius. “As a result, development times and costs for new therapies will improve dramatically by an accelerated timeline from idea to patient.”

With regard to the drug development phase, one of the most exciting and more developed areas where AI is already making a big difference is clinical trials; it can be used not only to process and interpret mega-volumes of clinical trial data but also to more successfully identify and recruit appropriate trial candidates and ultimately improve outcomes.

The net effects of these efforts should be faster research, more logical cross-referencing of data and hopefully reduced drug approval timelines, which can result in cost savings for the industry and a wider choice of treatments for patients.

According to Charles Fisher, founder and CEO at Unlearn.AI, the sky is literally the limit when it comes to the adoption of AI in pharma: “We’ve only just begun to scratch the surface. Part of the reason is the adoption of technology in general within biopharma always tends to lag 10-15 years behind.”

He explains that up till now, most AI solutions have been designed to tackle the challenges that pure tech companies such as Google and Facebook face like image processing and improving the playability of video games.

“We will need to develop new AI solutions to solve pharma’s problems instead of taking things like image processing and trying to shove them on top of problems they weren’t designed to solve,” he says.

Whereas it would be harsh to describe the pharma-tech marriage as a dichotomy, there is growing consensus that AI start-ups working on drug development solutions need to fully understand the big pharma environment in order to succeed.

Ketan Patel, product director, portfolio, licensing and clinical at Clarivate Analytics argues that there are two broad camps of AI companies within healthcare.

“Firstly, there are those who have typically come out of Silicon Valley and basically want to throw AI at anything that’s potentially interesting - they have a technology hammer and they want to find a nail,” he says. “And then there is a second set of companies who have both AI and life sciences expertise and they’re invariably founded by someone from a healthcare/ex-pharma background.”

Patel says this second group of firms, which tend to be biotech-like in nature, is more interesting as it is applying AI to developing new drugs, doing lead generation, and designing new molecules much quicker than humans are capable of.

The key is finding the sweet spot of bringing together real pharma and real AI expertise on an equal footing, says Fisher.

As has been previously noted, AI’s ability to effectively mine large volumes of clinical data makes it the ideal tool to make clinical trials faster and more efficient.

However, as Patel argues, the differentiator when leveraging this technology is using it to go beyond merely speeding up trials and focusing on areas where it can provide a real tangible value-add.

“A lot of AI is designed around making trials more efficient; however, to really upend the trial paradigm you want to get away from a patient visiting a doctor at a clinic or investigational site,” he says. “That then opens up the ballgame to a whole new area of clinical trials – siteless or virtual clinical trials.”

He explains that a wealth of data can be gleaned from worn sensors and patients’ electronic medical records; then AI can be used to make sense of which of that data is pertinent to the clinical trial and to include in statistical analysis.

“It’s also ensuring having that kind of adaptive capability so that instead of a human being phoning up the patient every day, an app on the patient’s mobile phone reminds them to take their medicine if it notices that the medication hasn’t been opened because a sensor on the packet hasn’t been triggered,” he adds.

Fisher at Unlearn highlights three ways of improving the quality of trials using AI. Firstly, he suggests pharma companies should move away from the silo approach and aggregate databases of historical trials “so in principle you should be making better decisions about whether those drugs are safe and effective.”

Secondly he says AI can help pharma companies make better use of what they are observing in their clinical trials, where they are usually working with a homogenous patient population: “you want to know how it translates to the real world  when you start actually prescribing the drug to patients who have comorbidities or who maybe don’t have exactly the same condition as what they’re trusting the drug in.”

Finally, he says AI can be effective in identifying the right patients – those who are more likely to benefit from the therapy being tested -- for clinical trials.

As the use of AI in healthcare becomes more widespread, it is inevitable that the clarion call for more stringent regulation will only get louder. Fisher believes that some existing regulatory frameworks such as that for drug development could be adapted for new software and AI-based healthcare tools and that we are likely to see regulatory agencies follow this course over the next few years.

He describes a tricky balancing act of ensuring that these solutions -- which can be updated rapidly and frequently – do not escape regulatory scrutiny with encouraging developers to make swift improvements for the benefit of patients.

“It’s the ability to make these tools better much more rapidly than you can make a drug better that makes them so attractive, so you need to find some balance between those things,” he says.

Patel says that with health interventions becoming more digital in nature, “the FDA does need to take into account regulation of these kinds of software as a medical device because they are effectively being used in place of a drug.”

He adds that regulation should ensure that the data used to approve devices needs to be very solid and that the collection systems are such that they can’t be tampered with: “You have to use good research, clinical practices and signed consent forms.”

Looking to the future

According to Patel, the future for AI in drug development looks extremely exciting, particularly with regard to using imaging data to both perform better diagnostics to secure the right clinical trial patients in areas such as oncology and identify a drug candidate’s effectiveness much quicker, areas he says are gaining great traction.

Fisher concludes that while the first real inroads of AI use in pharma have been made in marketing and commercialisation, it will not be long before the first R&D-based start-up wave begins to bear fruits: “We’re going to see custom-built tools that were designed to solve problems in pharma R&D and that’s when we’re really going to start to see success.”

If you want to learn more about the artificial intelligence landscape for Pharma, join us at CPhI North America from 9-11th September in Philadelphia, where we will have an American Chemical Society led panel discussion on this topic. To see the full agenda and register for free, click here.