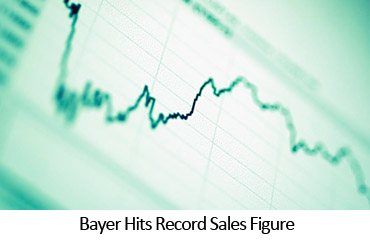 German drugmaker Bayer has reported a set of on-target results for 2010 and its sales figure marks the highest ever recorded in the company's history.

German pharmaceutical giant Bayer has reported a 2010 sales record of €35.1bn ($48.5bn), the largest figure in the company's history. However, the group recorded a fourth quarter net loss of €145m, compared with a profit of €153m in the same period of 2009. The loss has been put down to charges that included a write-down on its Schering brand and costs of US legal proceedings.

Core earnings before interest, taxes, depreciation and amortisation before special items in the quarter gained 11.6% on the year to €1.69bn.