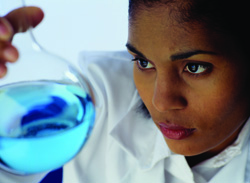 A number of autologous cell therapies are expected to reach the market by 2017, fuelling an impressive growth rate over the next few years.

Autologous cell therapies (ACTs) are likely to revolutionise the markets for biopharmaceuticals and personalised medicines in the coming years, a report has claimed.

An ACT is one where cells are harvested from a patient and treated or expanded, before being introduced back into the same patient.

The latest research on ACTs, published by MarketsandMarkets, suggests the global market for these products will be worth in the region of $2.2 billion by 2017, up from $650 million in 2011.

"There is a wide market potential and favourable landscape for adoption across many geographical locations of the world," analysts at the global market research firm claimed.

"High incidence and lack of effective treatment for several diseases will drive the ACT technology in developed and developing nations."

The increased growth rate during the forecast period - MarketsandMarkets predicts a CAGR of 21 per cent - will be fuelled by the significant number of ACT products and technologies that are expected to reach the market by 2017.