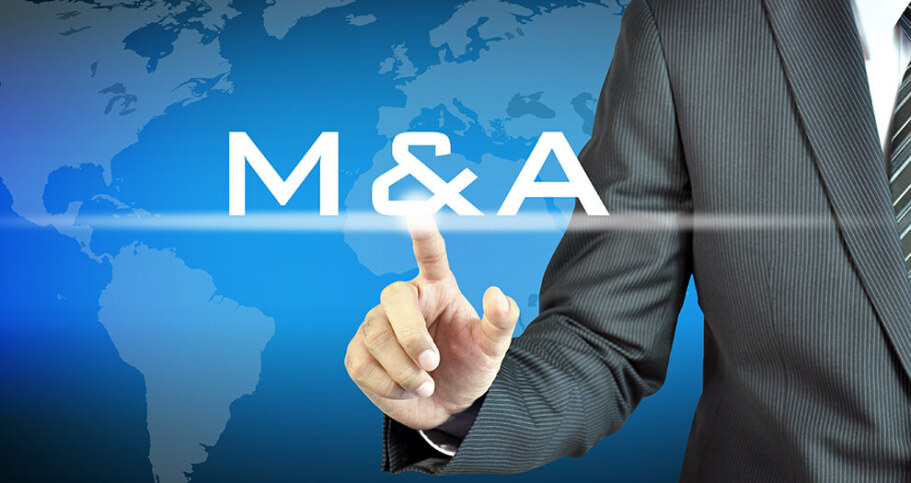 The initial outbreak of the COVID-19 pandemic delayed merger and acquisitions in the pharma sector, but evidence points to an uptick in activity because the rationale for sealing deals hasn’t changed

The COVID-19 pandemic slowed pharma M&A activity in 2020, but only temporarily with deals since June of that year suggesting drug firms are still hungry for the right takeovers.

At first glance, it would be fair to assume the pandemic had a huge impact on drug industry acquisitions in 2020.

But while the pandemic dampened activity, the contrast was exaggerated by the fact 2019 was a record year. There were $254 billion worth of takeovers in 2019, dwarfing the $155 billion and $76 billion worth of deals completed in the two prior years.

As the PwC analysts wrote, “2020 was a down year for deal making in the pharmaceutical and life sciences sector compared to 2019 which included many transformational deals. Compounding this was the impact of COVID-19 in 2020, which put a hold on many deals during the early stages of the pandemic.”

Of the deals executed in 2019, two mega-mergers skewed the figures. Bristol-Myers Squibb paid $74 billion for cancer and immunotherapy firm Celgene and Abbvie stumped up $63 billion for its move for Allergan. Excluding these, the total value of acquisitions in 2020 was bigger than the previous year.

A tale of two halves

Another thing to keep in mind in any assessment of pharmaceutical M&A activity in 2020 is that deal value and volume was only down during the first half of the year, during the initial months of the pandemic.

According to PwC, although deal volumes and value both declined in the first half of 2020 compared to the previous year, the effect was short lived.

“While much deal making paused during the shutdowns, many CEOs and investors view this as a temporary trend,” the analysts wrote.

Evaluserve analysts were of a similar opinion. In their H1 report, they suggested the initial response to the pandemic – substantial lockdowns and travel restrictions – had delayed deal making, particularly in relation to due diligence processes: “Successful M&A requires robust due diligence and evaluation, as well as substantial collaborative effort. The COVID-19 outbreak and the accompanying impediments have shifted the timeline of various M&A deals. As expected, M&A in the healthcare industry too slowed down in Q2 2020, mainly due to global lockdown measures and a distressed deal-making environment.”

The M&A situation changed in the second half of 2020, when the three largest acquisitions of the year took place. The biggest of these, in value terms, was AstraZeneca’s purchase of Alexion for $43 billion in December.

Gilead’s move for Immunomedics in October was the next biggest takeover in 2020 coming in at just under $21 billion and gain it was prompted by products. Bristol-Myers Squibb’s $13.8 billion purchase of MyoKardia in November was the third most valuable acquisition.

So while the pandemic may have caused delays, the effect was temporary according to Fintan Walton, Chief Executive, PharmaVentures, who says “COVID-19 pandemic did not have any real effect on companies doing licensing or M&A deals.”

The reason COVID-19 had only a limited impact on M&A activity is because the rationale for making such acquisitions remains unchanged.

For example, many drug companies buy to fill out pipelines. Sometimes a company buys a firm with a product because it addresses a target market, or to reduce the competition in a market in which the buyer is already present. Equally, product focused acquisitions can reflect a lack of internal R&D capacity.

According to McKinsey, “Pharmaceutical companies are managing commercial pipelines that are years in the making, and they face steep patent cliffs for drugs that do succeed. It is therefore critical for them to continually monitor and refine their product portfolios.

“To fill gaps in cash flows, for instance, they may decide to divest noncore assets and enter new or adjacent therapeutic areas. Because their strategies will inevitably change—perhaps even more so now, in this highly uncertain pandemic period—portfolio realignment remains an ongoing task for executives in pharmaceutical companies.”

And products played a part in the larger deals last year. For example, when AstraZeneca announced its move for Alexion it cited the firm’s pipeline and presence in the immunology market as motivating factors.

Likewise, Gilead said its Immunomedics takeover was driven by its interest in Trodelvy (sacituzumab govitecan-hziy), an antibody drug conjugate (ADC) cancer therapy that was approved in April.

Similarly BMS said its acquisition of MyoKardia was product driven with the discussion focused on the latter’s candidate drugs, danicamtiv – a treatment for heart failure - and mavacamten, a candidate therapy for obstructive hypertrophic cardiomyopathy.

Biotechnology is a good example, according to Walton.

“The acquisition of emerging biotechnology companies by pharma tends to be driven through an initial partnering or licensing arrangement that turns successful when the product reaches late stage clinical trials,” he says. “In other words, the pharma already knows the target intimately and there is low risk. Additionally, there is often an underlying technology which gives the pharma a competitive position.”

According to a McKinsey report, “The fragmented nature of innovation in this industry, in which many small compounds and processes must come together to make one big successful drug, will continue to prompt pharmaceutical companies to acquire smaller, more creative firms—inside and outside the industry—to gain new platform technologies, digital talent, or regulatory and policy expertise.”

And in the second half of 2020, innovation was definitely a deal driver. Johnson & Johnson’s $6.5 billion acquisition of Momenta Pharmaceuticals in August was a case in point.

While J&J cited Momenta’s lead candidate, nipocalimab (M281), an anti-FcRn antibody for autoimmune haemolytic anaemia and Myasthenia gravis – it also recognised the technology on which it is based as a major motivation.

“Momenta’s expertise in FcRn mechanisms is especially important for nipocalimab as it supports and accelerates the development of a medicine designed to target a number of autoantibody-driven conditions across several of Janssen’s established therapeutic areas.”

J&J also said it would retain Momenta’s presence in Cambridge, Massachusetts to grow its “innovation footprint and capabilities,” citing Momenta’s scientists, suite of proprietary technologies, laboratories and proximity to top talent in this innovation hub.

Similarly, Sanofi’s $3.68 billion takeover of Principia Biopharma was about more than just products.

Although the French drug maker highlighted PRN2246 – a candidate multiple sclerosis treatment it licensed in 2017 -- as a major factor, it stressed buying Principia was a commercial move.

Bayer’s $2 billion purchase of Asklepios BioPharmaceutical – a gene therapy focused firm – is another example of an innovation focused acquisition.

The resurgence of M&A activity in the second half of 2020 has continued into 2021. According to analysis by S&P Global, “deal-making rose through the year into the first quarter of 2021 as the light at the end of the COVID-19 tunnel emerged along with vaccine rollouts and a recovering worldwide economy.

“The aggregate transaction value for healthcare M&A was five times higher in the first quarter of 2021 compared with the year-ago period.”

And the momentum is likely to continue through the rest of the year, according to PwC, which predicted demand for larger scale manufacturing and distribution infrastructure will drive deal making.

“We are optimistic that 2021 will be a return to normal for the pharmaceutical and life sciences (PLS) sector with around $250 billion-$275 billion in deal activity. Innovation and the need for scale will drive activity due to pandemic headwinds and the uncertainty of regulatory, tax and drug pricing policies.”

They added that “the return to a normal level of deal making will be driven by activity across all sub-sectors. Large pharma will continue to use M&A to achieve scale as companies look to invest for the long-term in key therapeutic categories such as oncology and cell and gene therapy.”

The upbeat forecast is in keeping with Walton’s expectations for 2020 pharmaceutical industry takeovers activity.

He expects that companies will continue to be attracted to takeover targets with established credentials.

“Mega mergers among established pharma has waned in recent years but the largest deals tend to be the acquisition by established pharma of established innovative biopharmaceuticals companies like BMS’s acquisition of Celgene,” he says. “M&A continues to be a powerful tool by which pharma grabs successful products and technologies in order to keep it competitive.”

To register for our forthcoming webinar on 22nd June, How is M&A Shifting the Pharma Manufacturing Landscape? delivered in partnership with PharmaVentures, click here