Roche Statement Regarding the Cochrane Report on Tamiflu 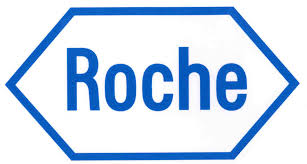 Today, Roche has issued the following statement regarding the results of the Cochrane report:

"Roche fundamentally disagrees with the overall conclusions of the Cochrane Acute Respiratory Infections Group’s (ARI) report on Tamiflu. We firmly stand by the quality and integrity of our data, reflected in decisions reached by 100 regulators across the world and subsequent real-world evidence demonstrating that Tamiflu is an effective medicine in the treatment and prevention of influenza.[1,2]

Influenza is a serious and at times life-threatening infection.[3] Cochrane’s report fails to take into account the totality of data available for Tamiflu, including only 20 out of 77 clinical trials available to them and excluding real-world data from observational trials. The result is a misrepresentation of the efficacy and safety of an established influenza medicine, undermining global public health consensus.

We welcome third-party research, and are dedicated to sharing clinical data for our medicines in the interest of advancing science. However we do not consider the Cochrane ARI Group, who have identified themselves as inexperienced in dealing with large quantities of information within clinical study reports,[4] to be an authority on the value of neuraminidase inhibitors. Roche believes it is important that public health bodies and influenza experts provide their opinion on this review, alongside the totality of Tamiflu data, before any conclusions are drawn.

Patient-level data specifically made available to Cochrane has also not been taken into consideration for this review. This data allows greater precision in estimating clinical outcomes and has many statistical advantages,[5] as compared to the study-level data used by Cochrane in their review. A recent study of patient-level data from nearly 30,000 patients in a pandemic setting, published in The Lancet Respiratory Medicine, drew different conclusions, showing that treatment with neuraminidase inhibitors, such as Tamiflu, was associated with a reduction in the risk of death by 19% when compared with no treatment.[6]

Other trials and real-world data from seasonal influenza and the 2009–2010 flu pandemic have also shown that Tamiflu is effective in reducing the severity and duration of symptoms in those infected with flu.[7-14] Tamiflu, having been reviewed and approved by regulatory authorities in over 100 countries, has a well-understood safety profile and has been taken by over 130 million patients worldwide.[1,2] As with all of our medicines, we continuously monitor safety data related to the use of Tamiflu and this information is routinely provided and reviewed by regulatory authorities.

Roche stands behind the abundance of data for Tamiflu as a treatment option recommended by public health agencies worldwide, including the Centers for Disease Control and Prevention (CDC) and the World Health Organization (WHO).