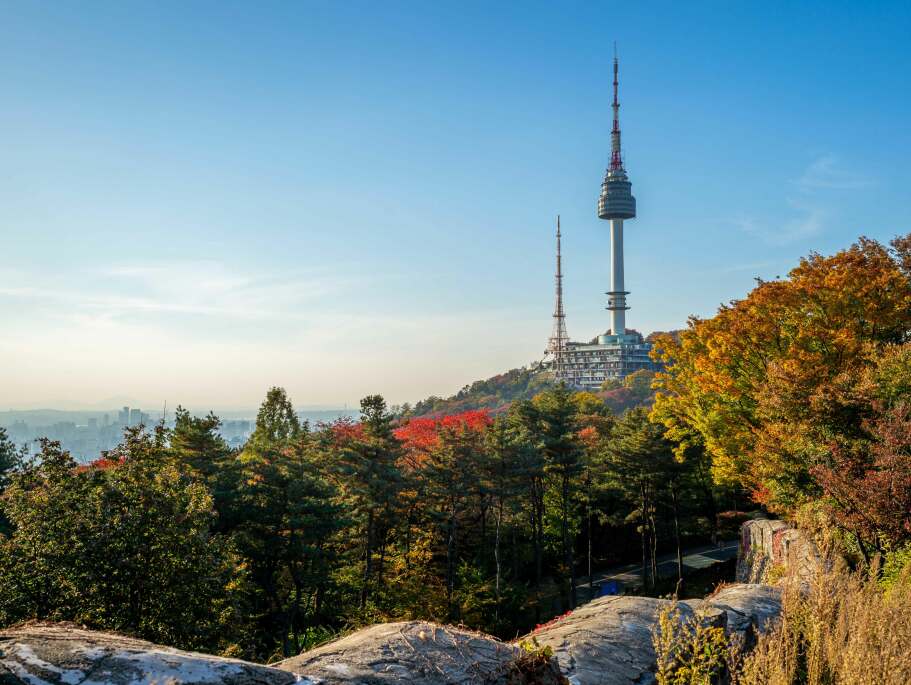 With new drug approvals hitting a record high in 2021 and unprecedented number of out-licensing deals closed in 2020, Korean pharmaceutical companies and CDMO’s are poised for significant market growth [i].

However, commercial success of the same scale is yet to be achieved. Here, we explore the South Korean biopharmaceutical landscape and how drug innovation can be incentivised in a rapidly growing market, which has typically relied upon the out-licensing framework.

Striking a deal: out-licensing in Korea

Out-licensing in pharma is usually done for one of two reasons: 1) to secure a partner in the early stages of a product’s lifecycle, typically one that offers resources to develop said product or 2) to more efficiently manage the commercialization of a product [ii]. Licensing collaborations can also be advantageous in helping to offset costs incurred during the research and development of a novel therapeutic. In the Asian pharmaceutical market, licensing is an attractive option for companies not yet familiar with the vast landscape of regulatory affairs in the U.S. or EU; especially those that lack insight into the local culture, or have the appropriate business partners to successfully navigate the drug development cycle [ii].

Though Korea has been making strides in innovative R&D, with South Korean companies progressing with over 1,400 original molecules by September 2021 (nearly three times that in 2018), the Korean market continues to rely on out-licensing. In particular, the strategy seeks early-stage alliances, especially in the case of companies with limited funding for R&D.

Sungkyung Lee, an Associate Research Fellow at the Korea Institute for Industrial Economics and Trade, explains: “While Korea continues to set historic milestones in the pharma landscape, its market share is still negligible to China, which has advanced its position as an innovator market through setting internal goals, executing a slew of supportive policies, and grown their visibility in the world market share. Korea is still more dependent on licensing deals rather than domestic drug development of innovator products because of financial constraints and the burden of scale of [a] phase III trials. Few made-in-Korea innovative drugs have managed to achieve significant commercial success to date. While there are many promising biotechnologies on the rise, over all there is potential for more growth.”

Lee warns that, though the Korean pharmaceutical market has seen a growing emphasis on R&D, this must be balanced with a matched growth in investment. However, pharmaceutical companies remain risk-averse when balancing commercialization costs, as Seokjin Chang, Market Intelligence at Samsung Biologics, explains: “They have traditionally been more susceptible to licensing out for quick and sure returns, as compared to pushing all the way through to commercialization, which may ultimately bring higher gains but also higher risks. Many have therefore sought out cost-effective approaches to developing new medicines given limited timeline and budgets and settled on licensing deals.”

Many Korean pharma and biotech companies have to work with limited capital and resources, thus prefer out-licensing innovations at early stages of development to bear the costs of running clinical trials. When some of these deals are terminated from early-stage negative clinical results, which is always a possibility given the nature of the industry, this creates a negative impact overall, by discouraging innovation and domestic development activities [iii]. On the other hand, the appetite of Korean pharma companies to enter wider markets in order to overcome the limitations of the relatively small Korean domestic market, has encouraged the need for overseas licensing partners, to help gain market entry [iv].

A global vaccine and manufacturing hub

In addition to increased funding for the pharmaceutical and biotech sectors, the South Korean government has also voiced their intentions to become a global hub for not only the production of COVID-19 vaccines, but for broader vaccine development also.[vi].

Though Korea initially lagged behind other developed nations in vaccinating its population [vi], Chang is optimistic that the country is already in prime position to become a global hub for vaccine production: “South Korea already has all the capabilities to become a competitive global vaccine manufacturing hub. Competitive strategy plays a crucial factor in [the] vaccine business as it in many cases could be construed as a type of ‘public good’. For pandemic vaccines, most countries (except in some of the more developed countries) employ bidding systems that various companies partake in for the government to make a final selection and purchase, which is quite different from how typical biopharmaceutical value chains work.”

Chang also emphasizes the importance of maintaining competitive prices for South Korea: “It is even more important to keep prices low through mass production of vaccines, given how South Korea is very capable of producing high-quality medicines in large quantities, boasting the world’s largest manufacturing plants. As such, South Korea is certainly capable of becoming a vaccine production hub.”

Several South Korean Pharma companies are working towards producing vaccines that could serve the global market. SK Bioscience, with their investment of USD $132 million in an effort to increase their vaccine production capacity, is the most active South Korean firm and has an agreement in place with to produce COVID-19 vaccines for AstraZeneca and Novavax [vi]. SK Bioscience’s home-grown COVID-19 vaccine SKYCovione also received approval from the Korean MFDS on June-29-2022 [vi]. SK BioScience and Novavax have also penned agreements for the development of new vaccines, not only COVID-19 but also other indications [vii].

The WHO also announced in February of this year the establishment of a global biomanufacturing training hub to serve low- and middle-income nations for the production of biologics, such as vaccines. A facility outside of Seoul, already conducting biomanufacturing training for companies based in the country, will now expand its operations to other companies based outside of Korea, providing technical and hands-on training in line with GMP requirements. Such a move is sure to position Korea as a global leader for vaccine manufacturing and production, as the Minister of Health and Welfare for the Republic of Korea, Kwon Deok-cheol, states: “With the help and support of the WHO and the international community, we have transitioned into a country with a strong public health system and bio-industry... By sharing these lessons we’ve learned from our own experience in the past, we will strive to support the low- and middle-income countries in strengthening their biomanufacturing capabilities so that we [can] pave the way together towards a safer world during the next pandemic.” [viii].

Where does the greatest opportunity for Korean pharma lie?

While Korea has yet to snag a notable share of the global pharmaceutical market, Chang advises on where the greatest opportunity may lie for companies with operations in Korea: “Now may be a time for Korean CDMO companies to really shine with their products on a global scale. Drug substances and products manufactured in South Korea are known to be price-tagged at a reasonable level, but deliver high quality products that meet global standards. Such recognition, I believe, will help the South Korean CDMO market thrive.”

Lee, likewise, calls for Korean-based companies to focus on the marketization of their products, as well as the proper investment required to foster such a move: “The biggest challenge for biotechs operating in South Korea is currently financing. The magnitude of the whole market is only a fraction of global big pharma (i.e., total market capital, R&D investment etc.).” She comments on strategically locating operating plants in locations such as Songdo or Incheon, where Celltrion and Samsung Biologics currently operate plants. SK Bioscience also plans to relocate its head office and R&D centre in Songdo in 2024, creating a highly competitive bio hub. Lee states, “Songdo is closer to the capital where talent and younger people prefer to reside, and most of the prestigious universities are located in Seoul. In South Korea, the population is highly concentrated in Gyeonggi-do and Incheon and these locations are also in close proximity to international logistics centres.”

In all, the takeaway for Korean-based companies seems to be the concerted effort in commercializing domestic pharmaceutical products, with proper investment from both governments and other stakeholders, to cement the Korean pharmaceutical market on the global stage.

Embracing innovation, research, and development is one thing – a similar effort must be made for the commercialization of these domestic products [IX]. The country must embrace overseas collaboration, of which the WHO training hub initiative is a step in the right direction. Korea has also strengthened its ties with the United States through the Free Trade Agreement, and its cooperation with members of the Association of Southeast Asian Nations. Such collaborations and trade agreements will inevitably bring greater awareness to the products and services offered by the Korean pharmaceutical industry [IX].

Put yourself at the heart of pharma by attending CPHI Korea, which returns to Seoul from 28-30 September 2022. For more information on the event, please visit our website.