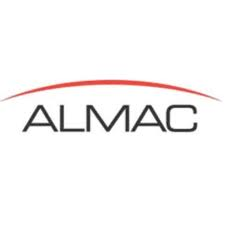 Craigavon-based pharmaceutical development company Almac recorded pre-tax profits of £19.2 million in 2013, up around 30% on the previous year, it has announced.

Around 3400 people now work for Almac globally, with more than 2000 based at their Craigavon Headquarter site.

Almac provides an extensive range of integrated services to over 600 companies globally within the pharmaceutical and biotech sectors including all the world leaders and the company has seen significant growth in the past few years with staff retention rates remaining high.

The company has a major US operation in Pennsylvania and recently opened regional hubs in Singapore and Japan to help service increasing demand for its services in the Asian market.

Alan Armstrong, CEO of Almac, said: “Our long-term objective is to be the leader in our chosen markets and following another successful year I’m pleased to report that we are showing sustained progress in reaching this goal.

“2013 was an exciting year for us with a major jobs boost in Craigavon as we completed a non-GMP drug development facility and expanded our manufacturing capabilities, announced a £13 million investment in cancer research projects with Queen’s University and signed a $9 million deal with Genomic Health securing the rights to further develop and commericalise our breast cancer test.

“We have continued to invest in research and development and capital programmes and this year is set to be another successful one both at our headquarters in Craigavon and globally, following the opening of our new offices in Asia, and looking ahead to the launch of our new  facility in Singapore early next year.”

Almac will open a new clinical trial secondary packaging facility in Singapore at the start of next year to better enable just-in-time supply management and support drug pooling strategies, which further optimise the supply chain, minimise wastage and reduce costs.