Figure 1: Mechanisms of action for antiviral probiotics against respiratory viruses. From Springer (10).

An effective immune system is your best defense, and the right probiotics can help! The COVID-19 global crisis has led to a peak in demand for products able to stimulate immunity. Given the well-established importance of the microbiota in immune health, Chinese authorities have emitted in February an official recommendation for the use of probiotics in the treatment of patients with severe COVID-19 infection (1, 2).

While the Chinese National Health Committee doesn’t precise which probiotics are indicated, specific selected strains have evidence-backed effects on the prevention of respiratory diseases, including flu (3, 4).

PROBIOTICAL HAS BEEN WORKING ON THIS TOPIC FOR ALMOST 15 YEARS, SELECTING AND STUDYING THE BEST STRAINS FOR THIS PURPOSE.

HERE IS THE RESULT.

Immunity is the most reviewed and highest ranked online benefit in this study. However, two thirds of the market (62%) use generic species and don’t name proprietary strains. This is a problem because not all probiotics present the same immunomodulatory properties.

Our immune system is indeed our first line of defense against infection. To function correctly, it requires balance and training. Over 70% of our immune cells are situated in the gut, and through its co-evolution with our gut microbiota, a significant part of the education and maturation of our immune system is carried out by the contact with our microbes (6-9). The modern way of life is disturbing the symbiosis, and more than ever we need to re-establish microbes as key partners of our health.

The medical community has recognized that probiotics have the capacity to stimulate and modulate the immune system, and that some strains in particular showed an effective antiviral activity (10-13), and coined the term IMMUNOBIOTIC (14).

The main mechanism of action is through the interaction with dendritic cells in the gut, and the stimulation of specific cytokines and chemokines, able to go through the bloodstream and help alveolar macrophages and Natural Killer cells in the respiratory epithelium eliminate the virus.

They can also enhance the innate immune response even in the lungs, and promote the production of IgA antibodies in the respiratory tissues

This figure shows the antiviral mechanisms of some probiotic strains used against viral respiratory infections. Although there is a difference between the probiotic colonization ecosystem and the target respiratory viruses (RV) ecosystem, several studies have showed that there is a relationship between gut microbiota and other tissues.

Probiotics can inhibit viruses and/or help the immune system defend itself against RVs. First, the RVs interact with the respiratory epithelium, which generates an innate immune response by activating the IFN signaling and other proinflammatory cytokines. Once cytokines have been secreted, macrophages and NK cells will be recruited to phagocytize and kill both viruses and viral-infected cells. To trigger a specific immune response, the immune system needs proinflammatory cytokines, energy, and some cofactor elements.

Hence, probiotics can provide some elements to boost the immune response through different ways:
A - Probiotics interact with the gut epithelium and are recognized by intestinal DCs (IDCs); this interaction results in the production of IL-12 and IFNγ by IDCs, which can modulate both the respiratory and gut immune response.

B - Secretion of IFNγ and IL-12 by intestinal DCs; these two proinflammatory cytokines have dual functions: IFNγ and IL-12 can circulate in the bloodstream to reach the respiratory epithelium and therefore help alveolar macrophages and NK cells eliminate RVs.

C - The proinflammatory cytokines (IFNγ and IL-12) secreted in the gut ecosystem after colonization of some probiotic strains help the immune system to generate a specific Th1/Th17 immune response; the number of CD4+ and CD8+ increases and becomes more efficient. In addition, CD4+ will secrete IL-17, which enhances the innate immune response.

E - Probiotics can help B lymphocytes differentiate and become plasma cells, which can secrete specific sIgA.

In our case, some studies showed the impact of some probiotics in increasing sIgA in lung tissues. However, until now there is no explanation of the real mecha- nisms of how intestinal probiotics can help secretion of sIgA which are specific to elimination of RVs. This effect can be explained by the capacity of some probiotics to enhance cytokine production, which can improve the rapid differentiation of B lymphocytes to plasma cells in lung tissues. The new SARS-virus COVID-19 is a flu-like form, aggravated by frequent interstitial pneumonia.

The virus develops in the airways and transmits through droplets from cough and sneeze but also saliva and feces (15-20).

No specific therapy exists to date, but given the well-established importance of the microbiota in immune health, Chinese authorities have emitted in February an official recommendation for the use of probiotics in the treatment of patients with severe COVID-19 infection, to maintain the balance of intestinal microecology and prevent secondary bacterial infection (1, 2).

While the Chinese National Health Committee doesn’t precise which probiotics are indicated, and while probiotics can’t treat COVID-19, specific selected strains have evidence-backed effects on the prevention of respiratory diseases, including flu (3, 4).

Importantly, COVID-19 severity is increased by an inflammatory cytokine storm. Interleukin 6 in particular is used as a marker to assess the severity and predict the outcome of COVID-19 (21) and is associated with higher mortality (22). Products aiming at supporting the immune system should therefore not simply stimulate an immune response, but keep in check the inflammatory cascade.Probiotical has selected the specific strains L. plantarum LP01 and LP02, L. rhamnosus LR04 and LR05 and B. lactis BS01 based on their pre-clinical properties: immunomodulatory profile (including the characterized capacity of the strains to stimulate natural killer cells, while decreasing significantly IL-6), anti-pathogen activity (including against respiratory infections such as K. pneumoniae and P. aeruginosa) (23-25) and protection of gut membrane integrity, conferring further protection against invading pathogens (26). In addition, L. plantarum, acting on the intestinal mucus, has been shown to impede gut epithelial cells infection by coronavirus in an animal study (27).The resulting products, Bifivir® (synbiotic with the 5 strains and 3 g FOS) and Bifimmun® (symbiotic with 3 strains L. plantarum LP02, L. rhamnosus LR04 and B. lactis BS01 and 3 g FOS), were the object of a prospective randomized, double-blind, placebo-controlled clinical trial involving 721 healthy adults supplemented with daily for three months, over three winter periods (3).BOTH FORMULAS SIGNIFICANTLY REDUCED THE PREVALENCE, SEVERITY AND DURATION OF FLU EPISODES, UPPER RESPIRATORY TRACT INFECTIONS AND ACUTE RESPIRATORY INFECTIONS, OFTEN BY A FACTOR OF 50%.In addition, Bifivir® was further clinically tested in combination with colostrum(4) in comparison with vaccination for the effectiveness at preventing flu episodes. 143 people were separated in 4 groups: no prevention, vaccination, immunomodulators (Bifivir® and colostrum for 8 weeks) and both vaccination and immunomodulators.

During the supplementation period of 8 weeks and the 9-week follow-up duration, the group receiving the immunomodulators had significantly less episodes of flu than the other groups.

It also showed a significantly lower number of days of disease and 2, 3 times less average relative costs.
Probiotics can be of use to support the immune system including against viruses, but not any probiotic will switch on the correct immune response.

Most products’ labels indicate only generic species and don’t name proprietary strains (5). This is a problem because it doesn’t ensure consumers that the product they take is developed and studied for the purpose of supporting their immune system.

Probiotical’s probiotic-based solutions Bifivir® and Bifimmun® are developed and clinically-confirmed to support the immune system. They are natural, safe, allergen-free, produced according to GMP and to the highest quality standards, and provided with a guaranteed shelf life of 24 months at 25°C.

Give your customers the best option and ensure consumers have access to the scientific publications to make informed choices by declaring the strains on your label. 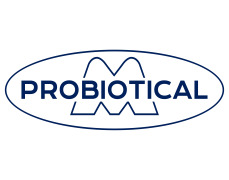