What are Active Pharmaceutical Ingredients (API)?

Drugs are composed of two major components: – Active pharmaceutical ingredient (API), and excipients. APIs vary from drug to drug and are responsible for creating the intended biological, physiological or therapeutic effect within the recipient's (patient's) body. A drug can contain one or more APIs depending on its purpose and the synergistic actions of the APIs.

The APIs within drugs are conveyed into the body through inactive components known as excipients, which usually make up the bulk of the drug. They facilitate the ingestion, absorption, and distribution of the active ingredients. These excipients serve as vehicles and are usually inert or biologically inactive.

Source APIs from our marketplace of 900+ global API manufacturers and 2,500+ API solutions in categories such as Amino Acids, Enzymes, Antibiotics, Antibodies, Sera and Vaccines and more.

What is the purpose of APIs?

APIs are the primary ingredients contained in drugs and medicines. They play a significant role in drug production and produce pharmacological effects within the body. The pharmacological effects produced, directly or indirectly, influence the diagnosis, symptom relief, mitigation, treatment, cure, or prevention of diseases. APIs also modify, correct, or enhance the physiological function and structure of chemicals, cells, tissues, and organs within the body. In simple terms, they make the drug or medicine work.

What is the overall size of the API market?

With the exponential rise in the global population, the growing demand for a therapeutic solution to critical and chronic diseases, change of lifestyle, and the increasing importance of generics globally, the need for active pharmaceutical ingredients has skyrocketed. As a result of these, the API market growth is increasing at a rapid rate.

Based on research, the global active pharmaceutical ingredient market had an estimated value of $168.87 billion in 2019 and is presently worth $ 187.3 billion. However, the global market is expected to grow by the US $ 100 – 120 billion dollars in the next seven years to attain a market value of US $285.5 billion by 2027. The growth of the API market is expected to move at a CAGR of 6.8% during the forecast period.

This research covers growth trends and competitions in significant regions where APIs are actively manufactured and distributed. These regions include Europe, North America, Latin America, Middle and East America (MEA), and Asian Pacific (APAC). Although the majority of API manufacturing companies are located in the United States, others are located in India and China.

How APIs are synthesized?

API synthesis is a complex multi-step process that involves a wide range of chemical processes and reactions of varieties of raw materials by physical and chemical means. Specialized professionals in API manufacturing companies perform the process of active pharmaceutical ingredient synthesis and manufacturing.

APIs can be synthesized through 3 major processes – Biological process, organic chemical synthesis, and extraction from a biological source. The method used depends on the raw material involved, steps of the process, and complexity of the API molecule.

What steps are involved in the synthesis of APIs?

APIs are tiny complex molecules produced through a variety of processes. The complexity of the active pharmaceutical ingredient to be synthesized plays a significant role in determining the process used and the steps involved in the process. The steps involved in each of the three processes vary. Synthesis of APIs through biological processes include inoculum and seed preparation, fermentation, and product recovery.

Organic chemical synthesis of APIs involves the use of organic and inorganic chemicals and reactors to produce APIs. This process usually consists of the production of intermediates during chemical reactions. In some cases, these intermediates can be used to produce different APIs or used as a separate pharmaceutical entity. Extraction of APIs from a biological source involves passing natural materials through batch processes to extract or produce a pharmacologically active substance.

Although the stages involved in the various processes differ, they are all grouped into different stages - the introduction of raw materials, production of intermediates, isolation, and purification, and physical processing and packaging.

Given that technology is continually evolving, continuous flow-system has been introduced to enhance the API synthesis and manufacturing process.

How long does it take to synthesize APIs?

The length of the manufacturing process is majorly dependent on the complexity of the API molecule to be synthesized and the process used. API synthesis is a long and complicated process that may take months and sometimes, up to years to complete. The complexity of the structure influences the API synthesis period length, the number of steps in the synthesis route, type of synthesis, cost of the process, drug impurities present, number of APIs to be produced, and the number of isolation steps involved.

What is the goal behind the synthesis of APIs?

API synthesis facilitates the processing and manufacturing of pure pharmaceutical preparations (APIs) for clinical use. Through API synthesis, these active ingredients are extracted, purified, and packaged for treatment, diagnosis, cure, mitigation, and prevention of diseases. These APIs are synthesized and manufactured into biologically secure forms and substances to produce specific pharmacological effects within the recipient's body. Simply put, the primary goal of API synthesis is to create pure, potent, and safe APIs for drug development and production and administration to patients.

APIs make up the primary ingredients within drugs and are mostly responsible for drug-drug interactions. These drug-drug reactions constitute one of the major causes of failed treatment in patients as well as the production of adverse drug effects in them. Also, reactions of APIs combined within the same drug pose a significant challenge to API manufacturers and the healthcare industry.

How do API and drug interactions occur?

API and drug interactions usually occur as a result of poly-therapy, and this is mostly seen amongst elderly patients. With poly-therapy, the API of one drug interferes with the pharmacological activity of another, by enhancing or inhibiting the function of the other. These reactions usually result in diverse severe health implications and some scenarios, death. This interaction is significantly influenced by the pharmacodynamics of the body and the pharmacokinetics of the drug.

API and drug interaction can either occur during absorption, distribution, metabolism, or excretion of the drugs. Co-administration of drugs (polytherapy) greatly influences the body's response to them, and the risk of API and drug interaction rises as the number of medications administered increases. These reactions are why the API of drugs is taken into consideration when administering several drugs at once or concomitantly.

How does drug data sharing work?

The increasing need for transparency between research participants, publishers, research funders, pharmaceutical companies, regulating bodies, and trading companies during clinical trials has heightened the demand for drug data sharing. Though not yet fully established in some countries, several data sharing policies and guidelines have been set up to support this movement.

Through drug data sharing, clinical results, data, and clinical trial practices are shared and made available to pharmaceutical companies, research investigators, institutions, and other sectors to improve public health, drug development, and boost patient safety. Clinical data is shared at participant and company-level to improve company practices and public trust.

How do you set up the testing parameters of API reactions?

API testing ensures the production of stable and quality active pharmaceutical ingredients. The strength, quality, and stability of APIs are assessed by the manufacturers and regulating agencies through specific standards. Although this is done for all APIs, the testing parameters set up will vary based on the API and the brand. The primary test carried out is the stability test, and it includes stress-testing, storage conditions testing frequency, container closure system, specification, and selection of batches.

The quality of an API is directly proportional to the potency, efficacy, and safety of the medication. Low quality and compromised APIs harm the recipient's health. To ensure the production of high-quality and stable APIs, pharmaceutical companies are only allowed to handle one or two stages of the drug production process. Also, outsourced APIs and locally produced APIs and medications are thoroughly screened and tested to ensure the quality and safety of drugs.

What role does an API manufacturer play in pharmaceutical research?

Through in-depth analysis and a combination of efforts and contributions from active pharmaceutical ingredients manufacturers and other professionals in the pharmaceutical industry, potent and safer drugs can be developed to improve healthcare delivery.

What are the key market trends in API manufacturing?

The global demand for active pharmaceutical ingredients is on the rise, and there are a variety of factors that have actively contributed to its growth. Some of the key trends driving the development of the global active pharmaceutical ingredient market and API manufacturing include the worldwide rise of chronic diseases as well as the increasing demand for and importance of generics. Over the years, there's been a growing prevalence of chronic diseases such as chronic obstructive pulmonary disease (COPD), arthritis, hepatitis, cancer, etc., in various parts of the world.

The rapid rise of these diseases can be attributed to the increase in the geriatric population across the world. With this population experiencing a lifestyle change, and dietary consumption as a result of urbanization, an increase in the occurrence of chronic diseases such as cancer, is expected. This, in turn, will affect demand, as well as positively influence the market.

Also, as a result of technological advancement in active pharmaceutical ingredient manufacturing, the global API market is taking a huge turn around. Besides, another key trend that has positively influenced the market is the increased use of artificial intelligence-based drug discovery and production.

Market trends that have negatively influenced the global API manufacturing market include the cost of drug monitoring in other countries, intense competition between API manufacturers, and increasing production of anti-counterfeit drugs. The major market trend that has negatively influenced the market is the high cost of manufacturing APIs and unfavourable drug pricing control policies in countries across the world.

What are the key players in the active pharmaceutical ingredients market?

There are several competitor pharmaceutical companies working in the global active pharmaceutical ingredients market. These API manufacturing companies have contributed a great deal to the growth of the global API market. Some of the prominent and leading API companies include:

Regardless of these strategies, these key players in the global API market are still likely to face tough competition from new and upcoming companies in the industry. 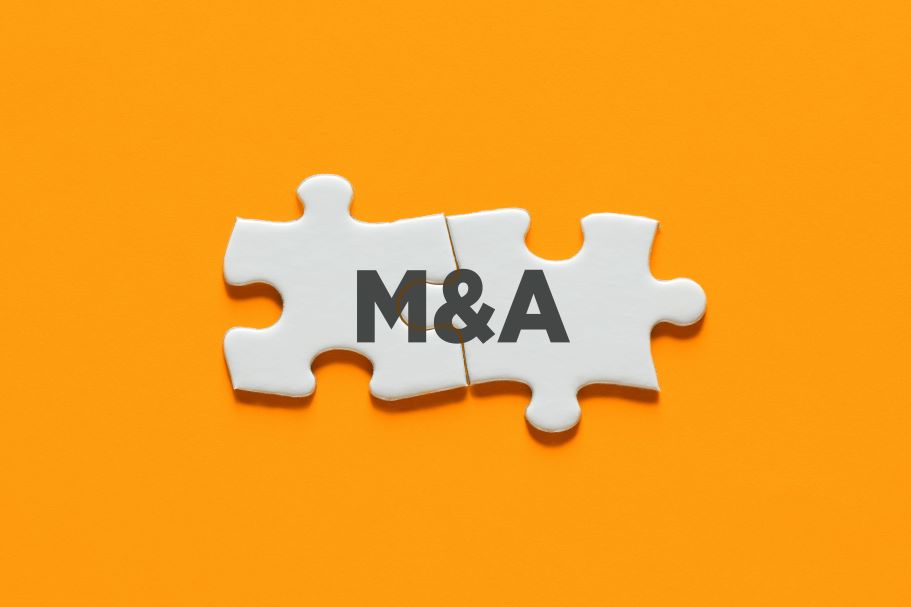 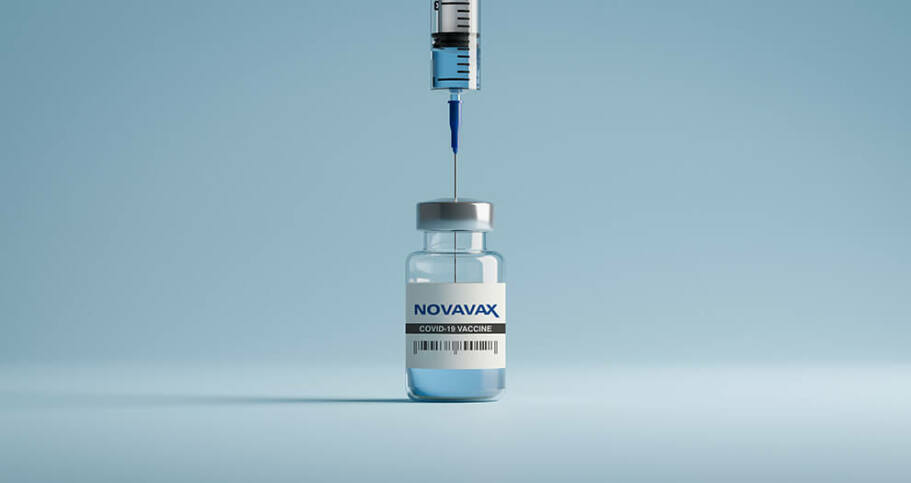 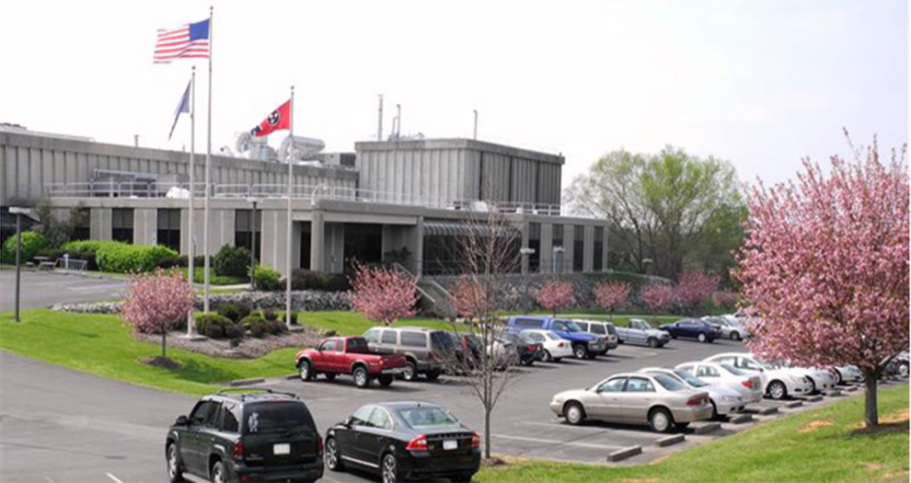 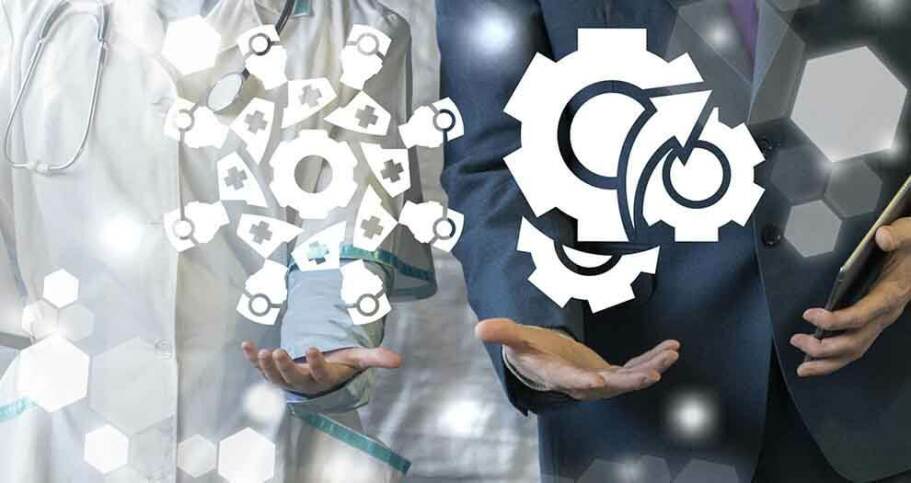 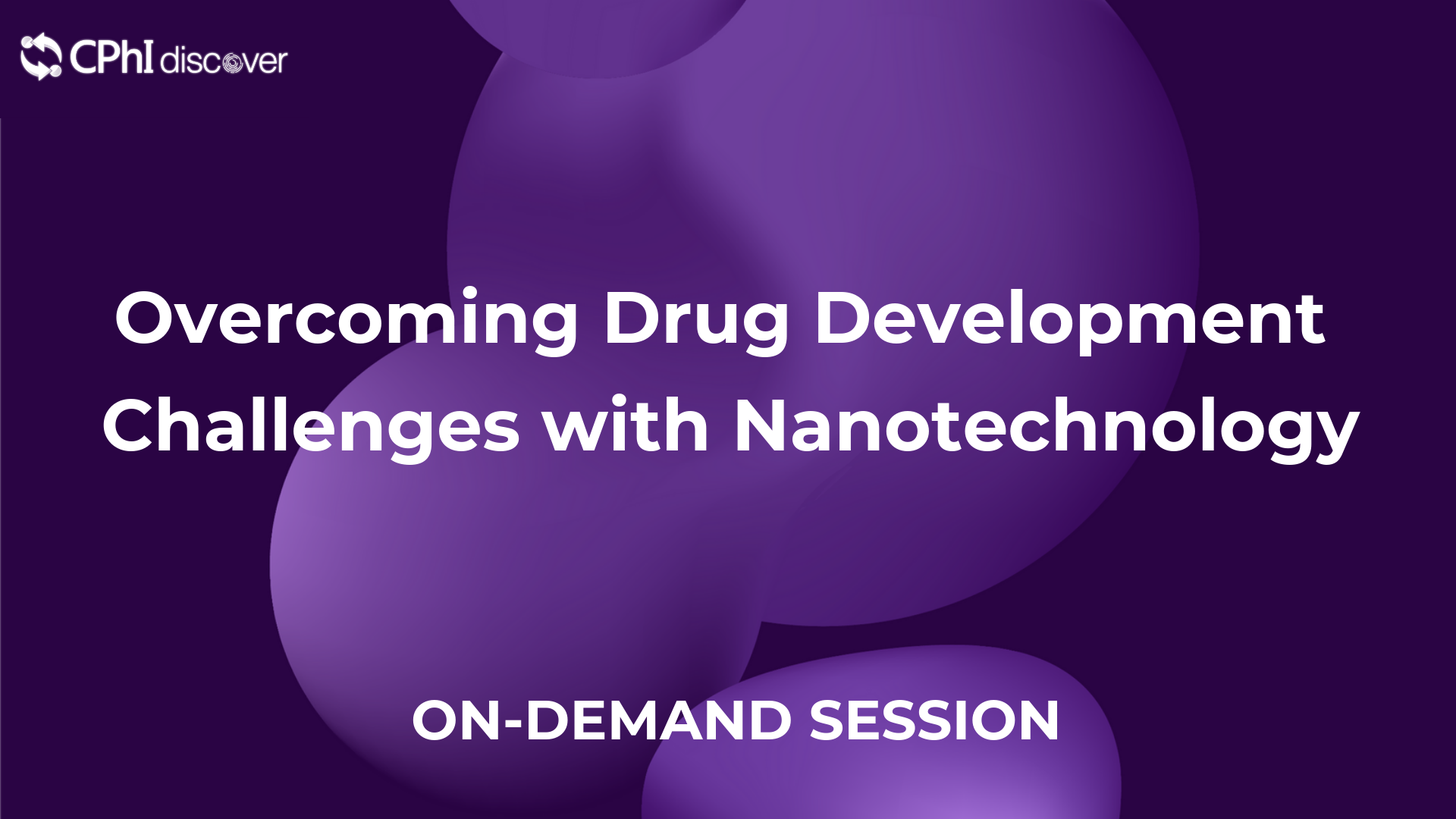 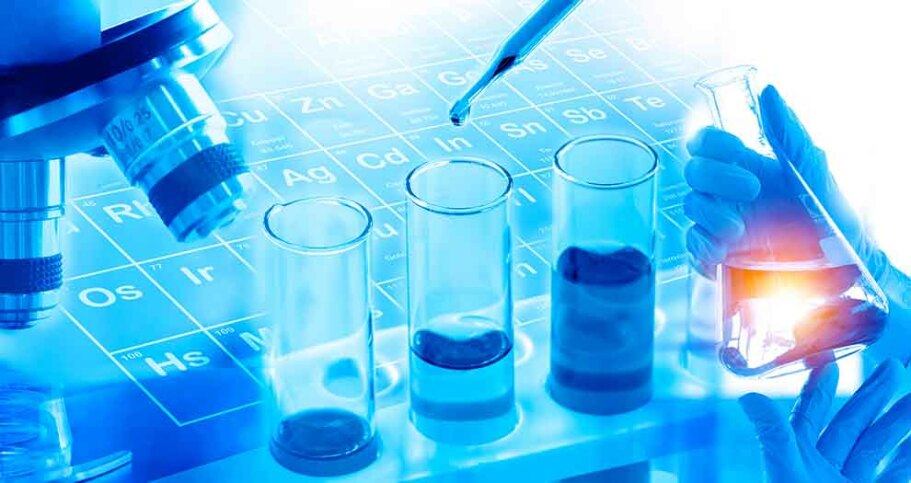 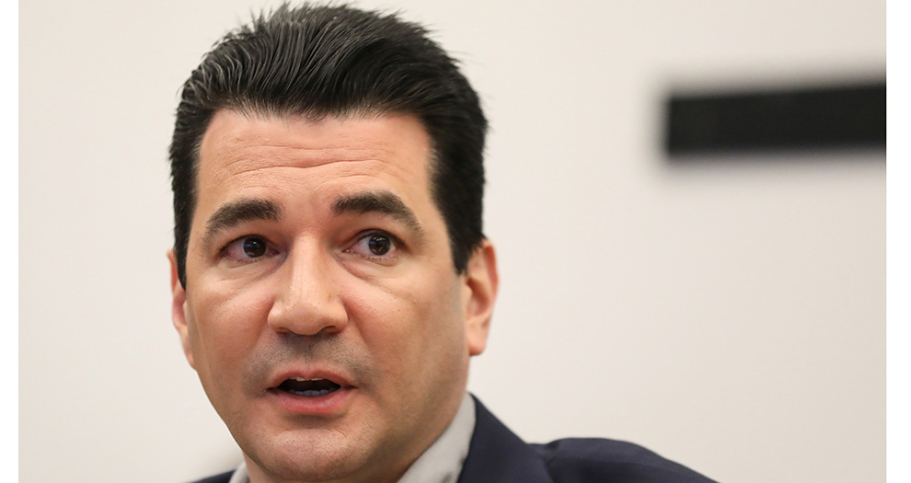 Your innovation. Our ability to bring it to market. 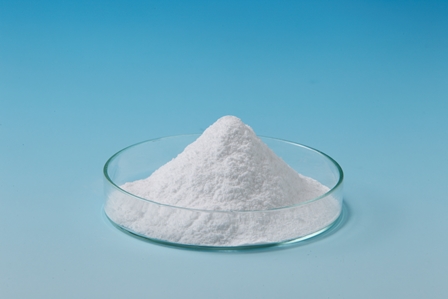 Fields of Application: Conjunctivitis.  Antazoline Hydrochloride is an ethylenediamine derivative with antihistaminic properties and is use...

Buprenorphine hydrochloride is used for the treatment of opioid addiction.