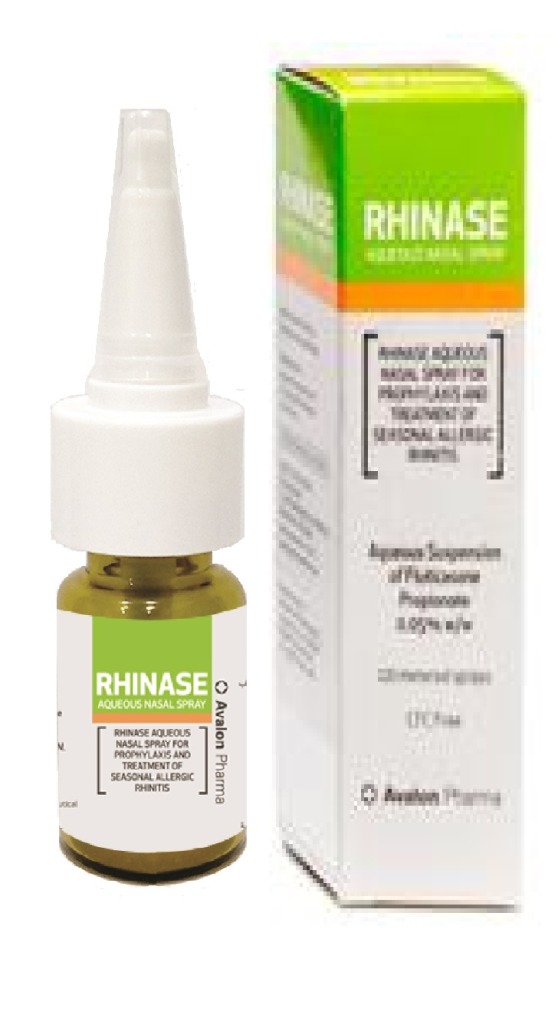 RHINASE AQUEOUS NASAL SPRAY is Fluticasone Propionate in concentration 0.05% is used to relieve symptoms of rhinitis such as sneezing and a runny, stuffy, or itchy nose and itchy, watery eyes caused by hay fever or other allergies (caused by an allergy to pollen, mold, dust, or pets). Prescription fluticasone is also used to relieve symptoms of nonallergic rhinitis such as sneezing and runny or stuffy nose which are not caused by allergies. Prescription fluticasone nasal spray (Xhance) is used to treat nasal polyps (swelling of the lining of the nose). Fluticasone nasal spray should not be used to treat symptoms (e.g., sneezing, stuffy, runny, itchy nose) caused by the common cold. Fluticasone is in a class of medications called corticosteroids. It works by blocking the release of certain natural substances that cause allergy symptoms.