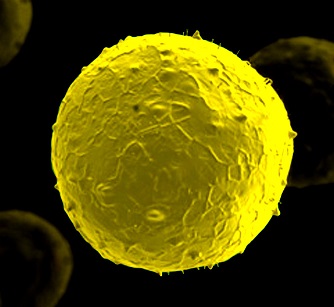 A new range of animal-free and endotoxin-free growth factors and cytokines, tailored to stem cell research, has been launched by AMSBIO — a leading supplier of recombinant proteins.

The success of stem cell research depends on the development of optimal cell culture systems. Both expansion and differentiation of stem cells is highly reliant on growth factor and cytokine supplements, with the activity and purity of these recombinants being critical to successful research and clinical applications. Despite recognised limitations, E. coli and mammalian cells remain the dominant expression systems for commercial recombinant protein production. Although significant improvements in manufacture have been made, both systems present a risk of unwanted contamination from pathogens and endotoxins.

Endotoxins are an unavoidable by-product of commercial E.coli recombinant protein manufacture, including those produced for stem cell research. The stability of endotoxins and affinity for proteins make it almost impossible to completely remove endotoxins. As a result the currently accepted safety limit of endotoxin impurities in recombinant protein products is below < 0.1 ng/µg endotoxin or 1 EU/mg. Although pathogen risks are well documented, there are a growing number of reports that demonstrate endotoxin concentrations as low as 2 pg/mL can result in significant biological responses.

To address the growing body of evidence suggesting accepted levels of endotoxin contamination may significantly compromise stem cell maintenance and differentiation, AMSBIO has launched its new range of animal-free and endotoxin-free growth factors and cytokines. These new recombinant growth factors and cytokines are produced in a plant based expression system that utilises barley seed to eliminate the risks and limitations associated with these traditional expression systems.