Home Policy & Regulation News Rx-360 Summary of the US FDA's implementa?tion of Title VII of the FDASIA

Rx-360 Summary of the US FDA's implementa?tion of Title VII of the FDASIA 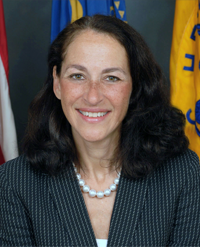 On 15 July 2013, FDA published two items in the Federal Register that are required to implement sections of Title VII of FDASIA and strengthen the security of the pharmaceutical supply chain. These represent two new powers given to FDA in FDASIA. One is a proposed rule and the second is a draft guidance. The comments on the proposed rule are due 15 September 2013 and comments on the guidance are due to FDA on 13 September 2013. Both items are summarized below:

FDA currently has authority to administratively detain devices, tobacco and foods, but does not have this authority with regard to drugs.  FDA is proposing this rule to implement section 709 of FDASIA. When finalized, this rule will give authority to FDA to “administratively detain drugs encountered during an inspection that an officer or employee conducting an inspection has reason to believe are adulterated or misbranded.” Further, the proposed rule states that “…administrative detention is intended to protect the public by preventing distribution or subsequent use of drugs encountered during inspections that may be adulterated or misbranded, until FDA has had time to consider what action it should take concerning the drugs, and to initiate legal action, if appropriate.” The proposed rule specifies:
•The duration of administrative detention cannot exceed 30 days unless otherwise officially extended
•The content of the detention order including the reason for detention, identification of the detained drugs, time/date of the detention order and details on appeals to this detention
•How product subject to the detention order must be labeled/marked
•How to appeal the detention order
•How drugs under the order may be moved
•Other actions that may be implemented and
•How the order may be terminated.


Draft Guidance for Industry;  Circumstances that Constitute Delaying, Denying, Limiting, or Refusing a Drug Inspection (FR Vol. 78 No. 135, page 42387, 15July, 2013)
This draft guidance is published in support of section 704 and 707 of FDASIA which state that refusal of inspection is subject to criminal penalties and that a drug is deemed to be adulterated if an “…establishment delays, denies or limits an inspection , or refuses to permit entry or inspection”  respectively. The guidance identifies actions that FDA will consider in making a decision that an inspection has been delayed or denied.  The guidance provides examples of what constitutes the following actions:
•Delay of Inspection for preannounced inspections, delay during an inspection and delay in producing records
•Denial of Inspection
•Limiting the inspection including limiting access to the facility and manufacturing process, limiting photography, limiting access to or copying of records, and limiting or preventing sample collection
•Refusal to permit entry or inspection.


To help the public keep track of FDA's progress on these and other provisions, the FDA established a FDASIA web portal that includes a link to our 3-year implementation plan, which we intend to update on a monthly basis.